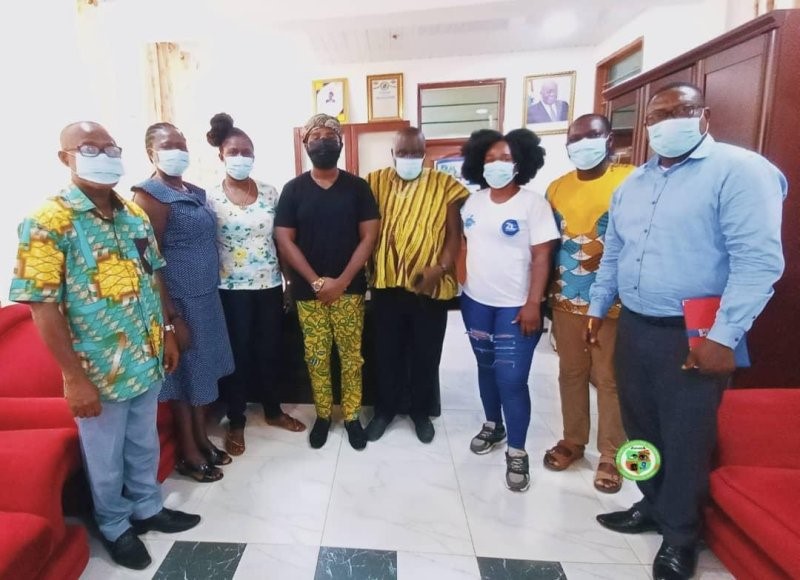 Ghanaian musician Odartei Milla Lamptey popularly known as Gasmilla is set to embark on a sanitation sensitization campaign in partnership with the Ga East Municipality.

The project titled “Communal Cleanup Festival” would see the “Telemo” hitmaker organize a community clean-up exercise and a kids programme on sanitation to sensitize community members.

The campaign  was expected to start from  Saturday, October 2, 2021, at Old Ashongman in the Ga East Municipality.

In an interview with the multiple award-winning musician, he stated that his quest to promote sanitation dates back to his childhood days at Point 205 Agege, a suburb of Dansoman, where though was a very clean community, but as he grew up, it became filthier by the day.

Gasmilla said he began to realize his childhood dream of seeing his community always clean when he started his music career, noting that the campaign started with the cleaning of the coastal belt but realized the more they carried out the exercise, the more filth emerged at the shores.

He said all the drains were channeled into the sea, while residents were also engaged in the practice of piling up refuse and throwing them into the drains whenever it rained.

He revealed that he was touched by this situation and therefore initiated the project which focuses on the children in schools and communities as the agents to cause the needed change in society, particularly with sanitation practices.

“When you tell a kid don’t put something here or at point ‘A’ and you do put it there, the kid will tell you, ‘but dad you told me not to put it here’ and that’s how they police us into doing the right things”, he opined.