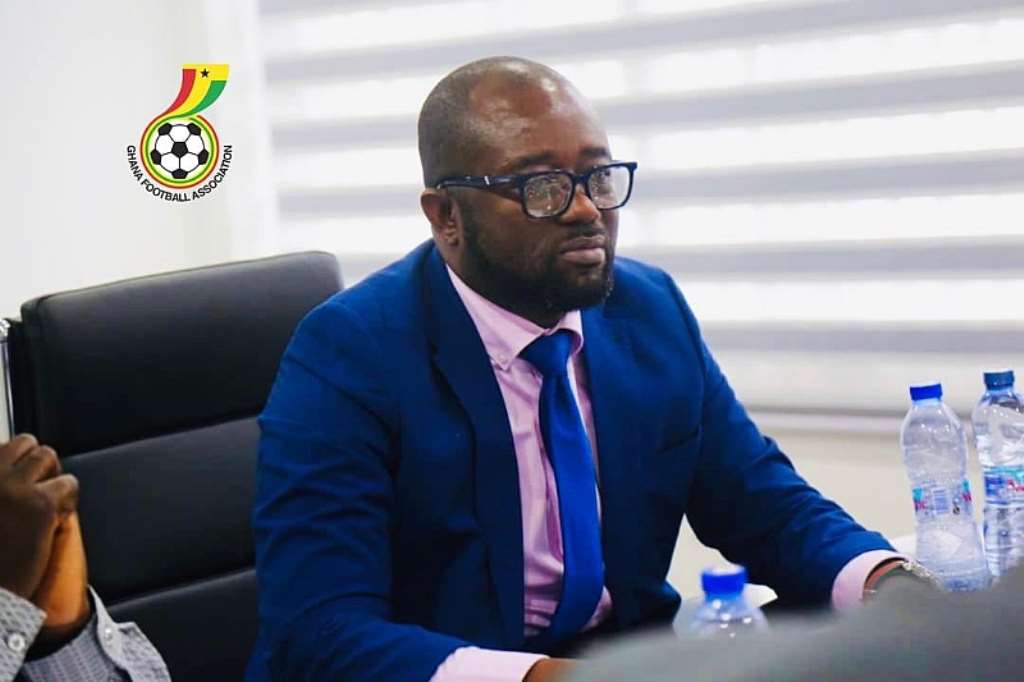 GFA said  those claims were “baseless and frivolous”.

SAFA had lodged a complaint with FIFA asking the world football governing body to investigate their 1-0 loss to Ghana in the 2022 World Cup qualifying match on November 14 because they believe the referee manipulated the game.

But GFA, in a statement released on Thursday, November 18, 2021 rejected SAFA’s allegations, saying the South Africans must “responsibly accept defeat and show respect to the Black Stars’ achievements on the field” by telling the South African public that they lost to the better opponent.

The full statement of GFA

The Ghana Football Association (GFA) has closely monitored developments in South Africa, both by the Football Association and the media after the FIFA World Cup Qatar 2022 final Group “G” game between the four-time African Cup of Nations (AFCON) Winners and three-time World Cup participants and World Cup Quarter finalists, the Black Stars, and the South Africa national team, Bafana Bafana at the Cape Coast stadium.

It is shocking, irresponsible, and outright disrespect to note that our colleagues from South Africa Football Association (with whom we have good relationships with and mutual sporting respect) have chosen to spread falsehoods to the media rather than project the real picture of events before, during and after the game.

First and foremost, before the game itself, lies about the distance between Accra and Cape Coast were released to the extent that it was alleged that the South African football team took nine (9) hours to make the journey from Accra to Cape Coast after they arrived in Ghana. Then again, the official handle also tweeted during the match that the South African team was being intimidated, molested, and robbed in Cape Coast.

The truth is that the distance from Accra to Cape Coast is only 79 miles (127 km). Unfortunately for our colleagues, Cape Coast is a tourist’s city and many people across the world have been to Cape Coast and would be shocked to hear such a blatant lie from no less a Football Association than the SAFA. Our colleagues forgot that we defeated them 2-0 in Cape Coast in November 2019 in a Cup of Nations qualifier.

Thus, the SAFA started creating a foundation for a mountain of lies even before the game day itself.

Out of respect and sportsmanship, the Ghana Football Association kept its focus on the match itself unlike our colleagues at SAFA. Then again, these allegations cast a doubt on the good job done by the officials of the South African Embassy in Ghana. In fact, FIFA and its regulations does not allow any team to travel on road for six (6) hours or nine (9) hours within a country. One may ask, why didn’t the SAFA report this to FIFA or CAF. (The FIFA standard is 200 km warrant a flight).

Even though we believe that it is within the South African Football Association’s right to call for investigation, if they feel that certain factors contributed to their loss, we wish to state that the way and manner lies, and allegations have been thrown into the public space has been very irresponsible leading to injury and violence.

We wish to state categorically that the allegations are frivolous, baseless and lacks merits and should be treated with all the contempt that it deserves. These allegations from South Africa Football Association are nothing but a planned scheme and a calculated attempt to shift focus from the defeat, divert attention from their failure to qualify for the play-offs and unjustly dent the hard-earned victory of the Black Stars.

Is it not sad that even innocent Ball Boys (Ball Retrievers) were not spared in the allegations?

In fact, the Ghana Football Association will not allow the SAFA to visit its incompetence on it through these allegations. Is it not strange that the Coach of the South African National Team thought that FIFA will use Head-to-Head when two teams end the group stage with the same number of points and had to be corrected by the media?  The South African team actually thought Ghana needed a 2-0 margin to qualify when Ghana needed any win to qualify per the FIFA Regulations on the qualifiers.

Again, is it not strange that when the Technical Team of the Black Stars was analysing each player of the South African team (including their goalkeepers and goals they have conceded and how they respond during penalty kicks) SAFA says competitor analysis is alien to the game of football.  Maybe they should check from the top teams of the world. This is what The Black Stars do for the preparation of every match, as it is expected of every professional football team setup.

Indeed, it has become necessary to respond to the baseless allegations because it is imperative for us (GFA) to protect the integrity of football in Africa and across the globe.

It is also worth noting that everyone associated with the game last Sunday (Home and Away Teams) worked independently, free of any form of intimidation or fear. In fact, the official photographer and media team attached to the Bafana Bafana worked with maximum collaboration and with great assistance from the media team of Ghana, as were all other officials.

The Black Stars is a globally accepted brand that would not indulge in any act to bring the game into disrepute. Ghana has been to three FIFA World Cup Tournaments and remains the only African country in history to win the FIFA World Youth Championships in 2009. We worked very hard for the victory against South Africa. The Black Stars played well and won on merit without any form of support from the officiating officials.

The GFA wishes to state clearly that we will always operate within the FIFA Regulations and focus on our next match which is a play-off against any of the qualified teams we may be paired against.

As a good sporting Association, we know that Bafana Bafana gave it their all but lost to a better team (and must be forthright to tell the South African public this). We wish Bafana Bafana and our colleagues at SAFA better luck next time.

South Africa went into the game at the Cape Coast Stadium with a three-point lead and needed to avoid defeat to Ghana to qualify top of Group G and progress to the play-offs.

But Ghana, who needed victory to topple the Bafana Bafana, secured the win through a penalty which Andre Ayew converted.

South Africa protested to the match commissioner after the game and indicated their their intention to complain to CAF and FIFA and subsequently did so, believing the penalty wasn’t a penalty.

The complaint to FIFA was followed up with a press conference from SAFA where President Danny Jordan claimed they had been systematic schemes to cheat the South African team right from when they arrived in Ghana and all throughout the match.

FIFA confirmed receipt of the SAFA petition and said the matter will be referred to its Disciplinary Committee on November 24 for adjudication and decision.

The GFA has also been asked to send a response to the petition by November 20, 2021.