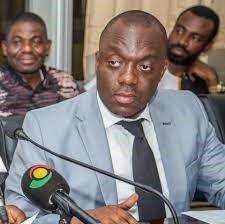 Speaking at the launch at the head office of YEA in Accra, Chief Executive Officer (CEO) of the agency, Lawyer Justin Koduah Frimpong stressed that the importance of the programme could not  be over-emphasised.

He said the activation of the YEA Artisan Directory Programme  sought to use gaps in the Artisanal Sector to create jobs for the youth and in the long run, contribute to boosting the economy.

Currently, the sector is estimated at $34 Billion per year and it is the second-largest employer in developing countries after agriculture according to Indego Africa (2016).

Unfortunately, Ghana is not tapping enough into the industry and has over the years missed out on what could have provided a major boost for the economy.

With the introduction of the ‘Artisan Directory Programme’, YEA is taking the giants step to change that narrative.

According to Lawyer Justin Kodua Frimpong, “the Artisan Directory is a skills development and market facilitation programme that seeks to train the youth in different artisanal skill areas and link young artisans to their prospective clients via a digital platform”.

He said at the launch that the Programme had been specially designed with the support and contribution of industry players namely GREDA, various Artisan Associations including Artisan Association of Ghana, AESL, Ghana Police CID, NVTI/OIC, Local Government Services, Ministry of Employment and Labour Relations, among others.

Besides providing Start-Up packages to support Micro and Small Scale Enterprise Creation in the sector, the YEA ensures  the initiative also serves  as a one-stop-shop for the supply of certified and professionally groomed Artisans to the general public (through the use of the YEA Artisan Directory APP, a market facilitation platform).

“Youth Unemployment is a major challenge in the country and it is our strong belief that this project would contribute significantly towards addressing the challenge,” Lawyer Justin Koduah Frimpong concluded.

The programme would eventually be scaled up to include all artisanal areas and is expected to recruit at least 200, 000 youth by December 2023.