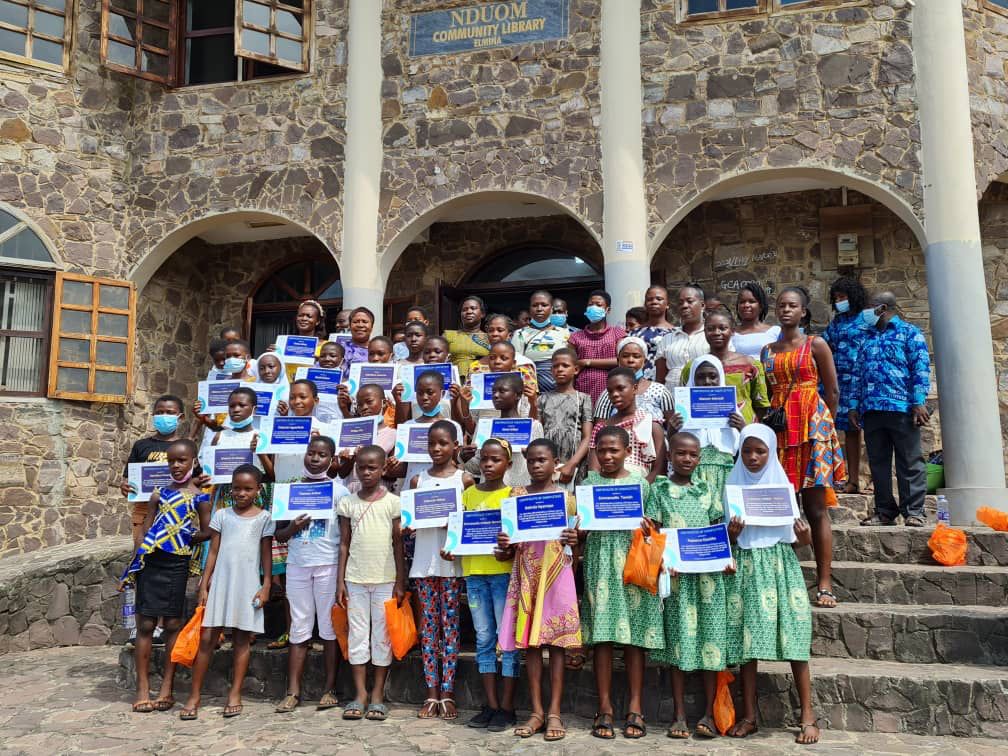 World ORT is one of the largest Education and Training non-governmental organizations in the world. Founded 130 years ago, in 1880 in St. Petersburg, World ORT’s past and present activities span more than 100 countries in five continents.

Forty-three (43) children out  of  sixty (60)  who were selected from four (4) schools were presented with certificates.

The children who were between the ages of 9 and 12 successfully attended and completed  a 3- hour course on S4A –block based physical language  and combining scratch with Arduino.

They were also trained in the creation of digital interactions  between sensors and electronic components.

In his  welcome  address, the General Manager of Coconut Grove Hotels, Victor Minta acknowledged the immense contribution of the Board of Directors of the hotels , Dr and Mrs Nduom  towards the success of the training.

He equally thanked their developmental partners, World ORT  in the USA and Israel.

Mr Minta noted that, the theme  of their developmental partners; “Impacting through Education”  resonated  deeply with the vision of the board of directors of his outfit.

This, he said, was evident in the establishment of many levels of education so as to enable them impact the next generation through education.

For example, he mentioned the Monica Yorke Preparatory and Junior High School,  Nduom Community Library and Nduom School of Business and Technology (NSB&T) all located within the KEEA Municipality as  ample evidence of  the vision of the board of directors of Coconut Grove hotels, a member of  international conglomerate , Groupe Nduom,

According to him, the  intent to impact through education continued  three years ago, with deliberations and interactions between  Mrs. Yvonne Nduom and Mrs  and Mrs Celeste Angus,  the director  for International  Cooperation for  the World ORT.

The intention, he said, was how to initiate STEM  training for kids, with emphasis on young girls whom  from statistics  have limited access to  training and career opportunities in that field.

Mr Minta disclosed that, the whole training process started in April 2021 with the selection of 8 volunteer university students from NSB&T , University of Cape Coast (UCC) and Ola  Training Collage.

The volunteers, he said, received extensive training  from their partners in the USA and Israel which enabled them train  the children.

He announced that the second batch of the training would commence October 7, 2021, and it would run till December 15, 2021.

He also announced an intermediary course which he said would take off in  March 2022.