Why Don’t We Have Many African Conglomerate Companies? 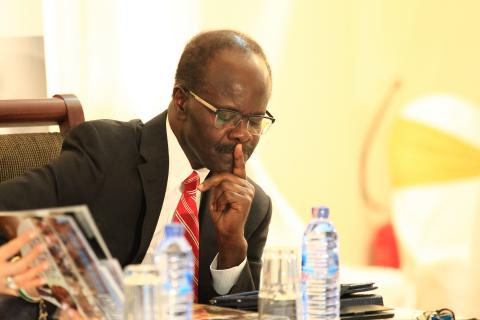 Africa as a continent has the majority of its population under 18 years of age.  The continent still has many of its youth with education below high school level.  The youth are also afflicted with high unemployment.  The public sector in many African countries continue to dominate the job market because the private sector is under developed.  Many lay the blame squarely at the doorstep of African government administrations and their politically motivated policies and practices that stunt the growth of segments of the private sector they consider to be sympathisers of the opposition.  A direct link appears between politics and the inability of indigenous small businesses to grow and become conglomerates in Africa.

There are many researchers who have studied entrepreneurship, the rise and successes or failures of businesses, and the growth of multinational companies across the globe.  The overwhelming numbers of these studies have concentrated on the United Kingdom, Europe, Asia and the Americas.  The continent that is rarely seen and studied is Africa.  Many researchers have studied how South Korea in less than one generation was able to develop a private sector strong enough to give birth to successful conglomerates.  There, a positive link is often made between the positive actions of government to boost the prospects of specifically targeted companies.

The African continent rarely shows up in global studies about conglomerates and there appear to be many reasons for this.  The negative effects of politics and government interference, the general underdevelopment in infrastructure, low levels of education and general poverty are frequently mentioned.  In Africa, companies are targeted it seems to be cut down to smaller size unlike the South Korean model of targeting companies to support them to become bigger and more competitive globally.

We believe that our readers and the country at large needs to understand the value carried by conglomerates and the fact that the benefits rub off on their countries of origin and their people.  It is because of conglomerates that we tend to have the incidence of affiliated companies, affiliates or related parties.  It has become recent custom for Ghanaian regulators and government officials to fall on the words “related parties” as if they must be something negative.  Their actions appear geared towards limiting growth instead of encouraging their success in a way that they can become well to do conglomerates.  While our leaders talk about wanting bigger companies in the financial and manufacturing sectors capable of doing bigger transactions, the actions on the ground are leading to the dampening and the death of indigenous entrepreneurial spirit.  The heavy handed actions of the GRA, SSNIT and regulators across the board in an economy short of cash, without the ability to create jobs and experiencing low or no real growth only promotes the state sector leading to a largely dormant private sector.

We begin our report with some definitions and an understanding of the global situation regarding conglomerates.

“A conglomerate is a corporation that is made up of a number of different, sometimes unrelated businesses. In a conglomerate, one company owns a controlling stake in a number of smaller companies all of whom conduct business separately and independently.” (Investopedia)

To many, a conglomerate is a grouping of entities, particularly companies, put together to form one. Therefore, if a group or an individual starts a TV network, a record company, a newspaper, and a radio station, the resulting organization can be called a media conglomerate.  Amazon, Apple, Facebook, etc., are called a conglomerate by many due to their large-scale diversification from their core business. For example, Amazon got its start by delivering books.

No conglomerate founded in Africa is included in the list of the biggest global conglomerates.  A company that is relatively unknown by its brand name called Danaher is on top of that list.  Danaher topped the 2021 ranking of the conglomerates with the highest market value worldwide, beating out major players such as Honeywell International, 3M, Raytheon Technologies, and Siemens. 3M dropped to eight place over last year’s ranking.

Danaher is a company with affiliates or related parties that design, manufacture, and market professional, medical, industrial, and commercial products and services.  Danaher, a worldwide company in 60 countries, has had steady growth over the years.

It is good to know that a couple of decades ago, Danaher was not known for excellence.  It had a reputation for poor customer service.  It is important for Ghanaian authorities to understand that it is possible for companies to overcome bad experiences, something every company goes through.  Danaher the company has had many shapes since its 1984 incarnation (it began in 1969 as a real estate investment trust).

Since the 1980s, it has bought numerous companies and put each of them through rationalized management practices and philosophy, beginning with Lean Manufacturing (including Kaizen) in the 1980s.  The company worked hard from 1984 onward to to overcome challenges to enable it to grow and acquire other businesses.

It is also good to point out that conglomerates as they get bigger reinvent themselves.  Three giant conglomerates announced their breakups recently.  All of them are seeking to put their recent past behind them.

These are additional lessons that must be considered in the African experience, that those who remain the same, static to rely on past successes do fade away.  And that positive change is possible and has been tried and practiced in other jurisdictions outside the African continent.  It is also clear that the conglomerates outside Africa are solely private sector entities, whereas in Africa, a number of large companies are controlled by government.  In Ghana, the large energy companies are state-owned.  In Telecommunications, the companies are foreign owned for the most part or state owned.  In the financial sector, the big banks and insurance companies are either government controlled or foreign owned.  There appears to be a deliberate attempt to force private individual Ghanaian owners out.  True or false, the current landscape demonstrates this reality.

Also in the USA, Walmart is a good example by being the world’s largest company which with US$548.743 billion, was founded and developed by an individual and continued by a family.  It is also the largest private employer in the world with 2.2 million employees. It is a publicly traded family-owned business, as the company is controlled by the Walton family.  The founder, Sam Walton’s heirs own over 50 percent of Walmart through both their holding company Walton Enterprises and their individual holdings.  Walmart was the largest United States grocery retailer in 2019, and 65 percent of Walmart’s $510.329 billion sales came from U.S. operations.

Walmart was listed on on the New York Stock Exchange in 1972. By 1988, it was the most profitable retailer in the U.S. and it had become the largest in terms of revenue by October 1989.  The company was originally geographically limited to the South and lower Midwest, but it had stores from coast to coast by the early 1990s. Sam’s Club opened in New Jersey in November 1989, and the first California outlet opened in Lancaster in July 1990. A Walmart in Pennsylvania opened in October 1990, the first main store in the Northeast.

Walmart has made investments outside the U.S. with operations and subsidiaries in Canada,the United Kingdom, Central America, South America, China, Germany, Japan, and South Korea.

In Ghana, and in some parts of African, Sam Walton would have been considered too ambitious and his wealth too much for one man.  State actors would have moved to find something wrong with his operations in order to cut him down to size.

Consequently, when we examine the richest people in the world, there is no African among the top ten:

For the same reasons, including interference by successive government administrations, there is no Ghanaian among the list of the richest people in Africa:

When it comes to business assets, the Ghanaian authorities appear to work with thinking that prefers the ball to go for a corner kick (state owned or controlled) rather than to a goal (private individual ownership).  During the PNDC era, private production enterprises were weakened, collapsed or taken over with some ending up in foreign hands.  In the recent era, private Ghanaian owned banks and other financial institutions have been collapsed, taken over or ended up in foreign hands.  Apparently, in Ghana, the more things change, the more they remain the same.

There are a lot of family businesses in Africa, but there aren’t many conglomerates. While family businesses are quite common across the continent, only a handful of them enjoy longevity. The survival rate of most African family businesses beyond the founder’s generation is extremely low. For example, the late Nigerian business mogul Moshood Kashimawo Abiola, who at one point was believed to be one of the wealthiest men in Africa, successfully built one of Nigeria’s biggest business empires consisting of an airline, a chain of newspapers, extensive real estate, fisheries and retail. After his death in 1998, his businesses crumbled. None of them exist today.

According to one writer, “Plenty of African businesses have tried to conquer new markets over the years, only to return home sartorially compromised. Colonialism fragmented the continent and linked its economies to imperial capitals rather than to each other. That legacy locked many businesses into national silos. Today big European and American multinationals still dominate markets from logistics to soft drinks.”

The Dangote conglomerate, of Nigerian origin, writes on the website,

“We are a diversified and fully integrated conglomerate. The Group’s interests span a range of sectors in Nigeria and across Africa.

The core business focus of the Group, which started operations in 1978, is to provide local, value-added products and services that meet the ‘basic needs’ of the populace.”  Dangote is the largest conglomerate in West Africa.  It is widely know that Dangote Industries has done well in part due to the support of Nigerian governments to give it a market locally and help move the company across borders.

One thought on “Why Don’t We Have Many African Conglomerate Companies?”