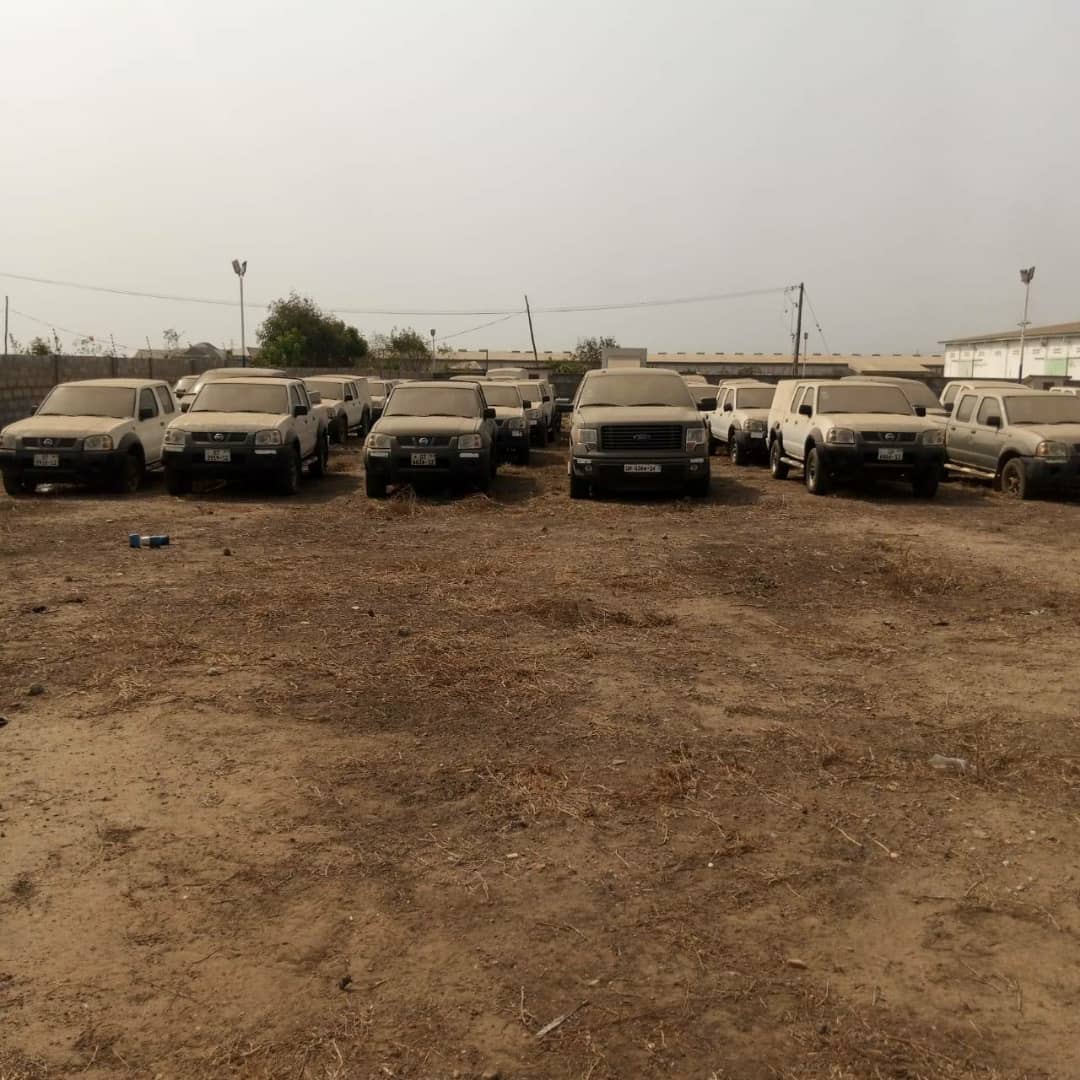 *To which dumping site?

Today Newspaper’s continuous investigations have  further discovered that  several GN Bank/Savings vehicles including motor bikes  have been left to rot since they were handed over to  the Bank of Ghana’s (BoG) hired Receiver, Eric Nana Nipa after the revocation of the bank’s licence.

The vehicles which were  mostly strong American made 4×4 pickups running into millions of Ghana Cedis  have been left at the mercy of the weather  to rot away,  Today can authoritatively report.

Interestingly, contrary to what the Receiver  told the Finance Minister and the  Governor of the Central Bank that the properties of the bank were in good state, Today investigations proved otherwise.

Readers will recall that on Wednesday, 15th February edition of the paper, Today  reported that its  investigators combed through Accra and landed at Kwashieman where several vehicles belonging to GN Bank/Savings had been parked since 2019.

The paper’s motivation was  to find out if the vehicles were being serviced to prevent financial loss.

However, the paper  was surprised when  its investigators  returned to Kwashieman on Friday 18th February to find that the vehicles had been moved.

Sources told  Today that,   they had  been moved to a site in Afienya to be out of sight of prying eyes.

In an interview with Today,  some professionals in the financial industry said,  demanded that the  Receiver account publicly for his stewardship given that public funds are being used to pay him and his huge team.

Today further investigations have discovered  that, the Receiver has been hauling directors, officers and management personnel of GN Bank/Savings before EOCO and other state investigators to account for their stewardship of customer deposits.

Mr. Nipah has presided over a big team of men and women some of them former employees of the financial institution to chase after loan customers to retrieve monies due to the company.

Ironically, the Receiver, Today gathered was not applying  same level of concern over the physical assets of the company.

Readers must note that the revocation of the license of GN Bank/Savings has not been a final event.  It has been disputed by Dr. Papa Kwesi Nduom and other shareholders in court.

A court case has been in process since August 2019 with the BoG, the Attorney-General and the Receiver listed as defendants.  The judge, Justice Agyei-Addo had set 9th December 2020 for her final judgement.

It is the BoG that has been using technicalities, what some have alleged to be “legal tricks and gymnastics” to cause delays and push judgement day far into the future.

Given the situation, a prudent professional in the Receiver role would be expected to keep assets in his possession safe and in tip top condition.

Today  expected Nana Nipah to prevent financial loss especially with the  understanding that he has been given substantial funds to manage the assets of GN Bank/Savings.

Our investigations raise the questions:  where are the vehicles and motorcycles?  Are they being serviced?  Who is managing the inventory of theses assets?  How much value has been lost so far?