‘Whistleblowers or 30 Pieces of Silver’? 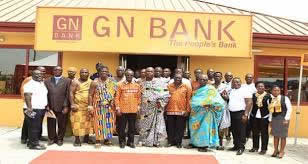 It is often said in Ghanaian society that “Aboa bi beka wo a, na ofi wo tam (ntoma) mu”, loosely translated: Be mindful or careful of your close associates or confidantes.

Thirty pieces of silver was the price for which Judas Iscariot betrayed Jesus Christ, according to an account in the Gospel of Matthew 26:15 in the New Testament.

For the past two years, The Today Newspaper has been carrying out an investigation into this phenomenon that has arisen within the Groupe Nduom (GN) companies.  This is as a result of an account made by the President of GN that he was told constantly by officials in the Akufo-Addo administration that “it is your people who are pumping fuel into the fires lit by our people”.

GN insiders have told the story of one of the managers (named withheld for now) many regarded as one of Dr. Nduom’s “favourites”.  This manager was accused by others of engaging in some transactions they considered to be illegal. An internal investigation was performed.

A big four accounting firm was brought in to perform an independent review.  In the end, the manager was replaced.  A police complaint was even lodged against him.  It is this manager who sought revenge against his former colleagues by writing a so-called “Whistleblower” letter to the Governor of the Bank of Ghana.

It is this infamous letter that the Governor and the Ministry of Finance used to level accusations not against the management of GN Bank but against the majority shareholder, Dr. Papa Kwesi Nduom, the man who reportedly was the whistleblower’s “godfather”.  Today’s sorties further discovered that one of Dr. Nduom’s St. Augustine’s schoolmates led the disgruntled manager to the Governor of the Bank of Ghana without ascertaining the truth or otherwise of the contents of the letter.

The whistleblowing manager, now full of remorse about the damage he has caused has repented and sent a letter to the Bank of Ghana to retract his earlier accusations (more to come on this).

Our investigations have also revealed that the Receiver appointed by the Bank of Ghana for GN Savings, has also retained on payroll, a number of the former members of the GN Savings & Loans management team.

They include the Internal Auditor, Treasurer, Accountants, Credit Managers and others who were part of the core decision-makers; people who sat with the CEO to manage the affairs of the company.  It is these insiders who have turned against shareholders and directors (who were never part of day to day operations) just so that they will be paid to fill their pockets and stomachs.

Prior to the collapsing of GN Savings by the Bank of Ghana, these were the people with company vehicles, fuel allowances, health care and life insurance benefits, pension plans among other benefits.  They ate and danced with the directors and shareholders at annual and semi-annual strategy events.

Apparently, one CEO, a powerful one (name withheld for now) is said to have told the Receiver of another collapsed financial institution that he was made to be just a rubber stamp by his directors.

There are broader implications of this attitude of hitting against our own in Ghanaian society.  How else can we interpret the decision of the GFA and many Ghanaian football clubs to go for foreign coaches when it is the likes of Ghanaians coaches such as C. K. Gyamfi, Osam Doudu, Sunday Ibrahim and Jones Attuquayefio who have brought championships at the international and club levels to Ghanaians?

On another level, we should consider that on April 26 2021, the MP for Assin Central, Kennedy Agyapong threatened to fire all his employees at Net2 TV after they made him wait at the studio for over 15 minutes for an interview, while they played commercials.  Mr. Kennedy slammed his employees for poor management. According to him, he couldn’t attack other companies for poor service delivery while his own employees offer some of the same.

The same MP had harsh words for his employees in Kumasi, the Asante capital.  He followed it up reportedly with a broad accusation about Ghanaian managers.  What would move an entrepreneur with broad business interests in the country to be so angry?

To him, Ghanaians make poor managers and cannot be trusted to protect the investments of their fellow citizens.  Many more entrepreneurs have complained about the theft, destruction and dissipation of assets caused by people paid good salaries and benefits to protect and manage.

One well-known media personality, Nana Aba Anamoah has complained bitterly in the media recently about how a hitherto unemployed graduate she helped find a job turned around to allegedly steal thousands of Ghana Cedis from the business of the person who chose to employ him.

It is claimed that Gold Coasters who worked for the British colonial power often said that they wouldn’t kill themselves for “Aban” (government).  This attitude has persisted post- independence.  Many fathers and mothers have asked their children if jobs they have been offered come with benefits – official and unofficial.

The grabbing of unofficial benefits has been the downfall of many businesses causing problems for the business owners.  It has also been widely reported that the spouse of the Minister for Communications chose a Filipino over Ghanaians to manage his Optical Business.  Many have called him “smart” for choosing a foreigner who does not have a stream of relatives, political baggage etc to weigh him down and cause the manager to choose self-interest over that of the owner of the business.

A stroll through the Companies Act and regulations in the financial sector sees a bias for employees and management but little or no protection for owners.  The President of Groupe Nduom has often said that “many Ghanaians consider business owners to be rich that is why they have started businesses”.

They do not consider that people borrow money, save money and beg others to become shareholders to start a business in order to make money to take care of their needs and pay back debts they have incurred to start up the companies.  So while managers sometimes get a field day to feed themselves and their families, regulations in Ghana seek to protect businesses from the owners.

One researcher has asked if there is something that makes some Ghanaian workers so unfaithful to bite the hands that makes it possible for them to feed themselves. Owners are supposed to live off dividends.  If this is the practice, our research shows that many enterprises in Ghana cannot be profitable during the first five years.

Business owners, according to some employees and some public officials, should suffer silently in the interim, while insiders, management and staff get paid and take multiple benefits. A shareholder on the board of an enterprise is looked upon with suspicion.  But sometimes the non-shareholder CEO is also the Chairman of the Board of Directors.

This is acceptable to many.  For example, the Governor of the Bank of Ghana is also the Chairman of its Board of Directors and that is accepted by the people. In Ghana today, the Central Bank is considered “independent” so those who manage to capture the institution can act as if they are above the laws of the land and even step on the human rights of those they are in office to regulate. Some experts feel that some of the decisions the Governor has made with regards to banking sector reforms have gone against the interests and legacy of the President who put him in that office.

Our research into this subject dug up so many negative real life stories that we believe it is important as a follow up for The Today Newspaper to go into the field and get the direct opinions and perspectives of Ghanaians from all walks of life.  Who indeed will risk their capital – savings, debt, etc. to start a company, employ people only to have those who were engaged to help grow and support the business turn into destructive gangs?

Today will also investigate the acts of business owners that destroy their own investments and dreams.