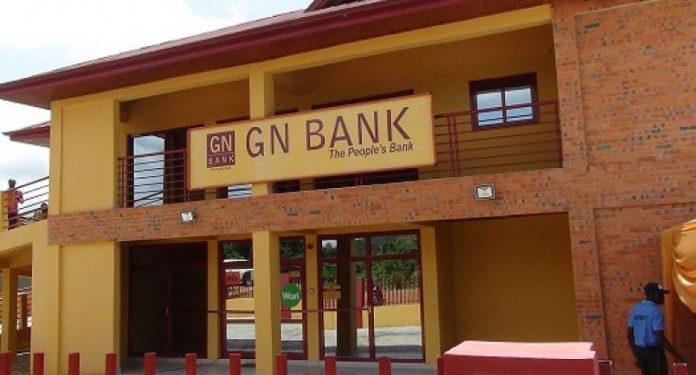 …About the financial sector reforms
*Not too late to make a correction, #BringGNBankBack

The Today Newspaper continues its recall of events leading to the withdrawal of the licenses of
indigenous financial institution.  Our purpose is not to engage in a blame game.  Rather, we wish
to make the point that it is not too late to reconsider the decision to revoke the licenses.
In October 2018, Dr. Papa Kwesi Nduom hosted an episode of a series labeled “Made In Here”
on ATV (Amansan Television) and several radio stations across the country.  He used this
episode to report on a national tour he had embarked on to raise support for indigenous financial
institutions.  Nobody listened to him.  Not government, not the Bank of Ghana, not the Ministry
of Finance.
Other regulators in the financial sector got into the act also to chase after Ghanaian institutions to
raise additional capital and find liquidity.  Instead of finding solutions to sooth the anxiety of
customers, they rather fanned the flames by threatening to revoke the licenses of those who
couldn’t raise the unprecedented increases in capital.  Ministers of State, Parliamentarians
stepped into the act and even turned this into a political matter.  Shockingly, some so-called
banking and economic “experts” put blinders on even called shareholders of Ghanaian owned
banks thieves and called for their prosecution.  We are conducting some research on the role
these “experts” played and will bring our results in due course.
Unfortunately, other Ghanaian owned banks refused to participate in the national crusade to win
the support of Ghanaian citizens to help save local banks.  Some were afraid to be tagged as
political players when in reality this was a purely business and economic matter.  They didn’t see
the link to jobs.  They were hoping that somehow their banks would be saved.  A couple were
saved.  But the rest went down.  Jobs were lost.  Ghanaian businesses lost the financial
institutions that had been there for them.  This everyone now knows, made the impact of COVID
worse.
Dr. Nduom warned and predicted the collapse of indigenous financial institutions, a takeover by
the state and foreign domination of this critical sector of the economy.  He saw trouble ahead for
Ghanaian contractors and business people due to the drying up of credit.

Events in the country since then have proven Dr. Nduom right.  Several thousands of jobs have
been lost.  Many towns and communities do not have access to safe and secure financial
institutions.
The Today Newspaper has obtained Dr. Nduom’s notes and is happy to bring to you the essence
of the material he presented.  At the very beginning of the broadcast, he made it clear that “This
presentation is not political, has no political coloring.  It is purely about money and prosperity (or
the lack of it); it is not against foreign banks, rather, it shows a clear preference for local or
indigenous financial institutions.”
Dr. Nduom said, “For one year at least, indigenous financial institutions have been under
pressure from regulators to raise minimum stated capital and to reform; from customers afraid
they would lose their life savings and so have engaged in panic withdrawals; from the collapse of
financial institutions themselves due to any different reasons including self induced problems.
The end result is that about 30-50 billion Ghana Cedis of customer funds – individuals,
companies, government agencies, etc. are at risk.  This has needed the attention of stakeholders
to resolve and prevent  disaster from occurring.”
“I took it upon myself to become an advocate for this indigenous financial sector to explain the
situation we are in to a cross section of Ghanaians in all ten regions; educate people on what
good investment universal banks do; and ask people to go back and continue to patronize the
services of these institutions especially the indigenous ones knowing how much they mean to the
economy and the development of the nation.
He also used the tour to advocate for the collaboration needed from the stakeholders –
Regulators, Government of Ghana, Customers and Financial Institutions to find a lasting solution
and strengthen the existing institutions.”
One of the first stops Dr. Nduom made was to Abbosey Okai and Agbobloshie in Accra.  He
mounted platforms to talk to people who had gathered and also met one on one with spare parts
dealers, onion sellers and many others.  Everywhere, there was concern that GN Bank would not
be able to raise its capital to the required level and have to close its doors.  The people wondered
what would happen to their deposits if the bank had to close.  They complained that the Bank of
Ghana had not informed the people what would happen to deposits if a bank had to
close.  Indeed, government officials and the Bank of Ghana did not offer any answers.  Only the
repeated threats to close banks who could not raise the additional capital.

During the show, Dr. Nduom noted:  “A number of Ghanaians have turned on Ghanaian-owned
banks and painted them all with a bad, negative brush.  Worse, some are withdrawing funds from
local banks or refusing to do business with them.  It is also Ghanaians who have taken loans and
other credit facilities and failed to pay them back.  This includes the government.  The resulting
lack of liquidity has brought severe difficulties to these banks.  Yet, some perhaps well-meaning
people keep talking down the local banks in favour of the foreign-owned ones.”

What Did Dr. Nduom learn on this national tour?

funding channels some more.  Again, speculation in the media hurt confidence as the
question of who will or will not meet the requirement continued.

open reporting by all banks in Ghana. This is done in the USA. The public will be able to access
the full balance sheet of all banks to see where the money is going.

This is not a bail out. The private sector in Ghana is too small. And every Ghanaian will benefit
from lower interest rates and a better quality of life if government ensures that the loans are
being granted to key priority areas designated by the government. It is a win-win that can
accelerate Ghana’s industrialization and end our reliance on aid.”