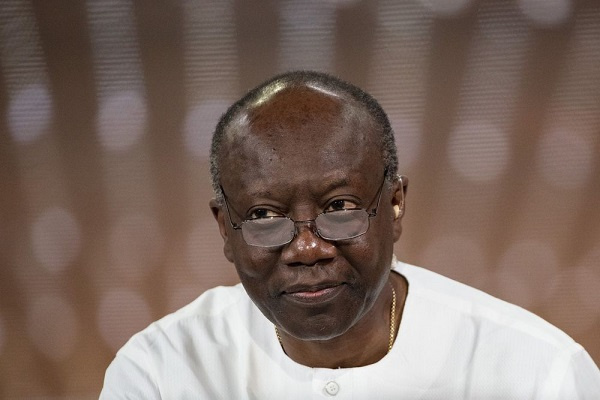 Member of Parliament (MP) for Subin, Eugene Boakye Antwi says Finance Minister, Ken Ofori-Atta would have been sacked long ago in any civilised democratic country.

The NPP MP in an interview with JoyNewson Tuesday, December 20, 2022, which was monitored by Todaygh.com   said the rebel MPs demanding Ofori-Atta’s dismissal would l hold President Akufo-Addo to his promise to remove the Minister after the budget and IMF talks.

The Appropriation Bill will be passed in Parliament on Wednesday, thus Eugene Boakye Antwi, one of the leading faces of the rebels said Mr. Ofori-Atta cannot remain in office as Finance Minister after that.

He explained that the Minister’s failure to meet some revenue targets would have cost him his job in a viable democratic nation.

“…these are major policy failures that in any civilized democracy, Ken Ofori-Atta will not stand on his feet. Why are we entertaining such nonsense,? Excuse my French” he stated.

Responding to claims that some MPs may be doing this for personal reasons, he replied “what have we got against him as a person? You brought something to us, we are talking about those issues and you forget about this and say because we want to unseat somebody in the constituency just because you have failed?”

“You saw us in the Chamber fighting our NDC guys to pass the e-levy. So what have we not done for Ken Ofori-Atta to succeed as a Finance Minister and I say posterity will judge us if this is personal,” he added.

Since 80 of the NPP MPs took this unprecedented step, some of them have said their seats in Parliament have been threatened.

However, Eugene Boakye Antwi said they are not bothered about such threats.

He noted that they would  continue to hold high the interest of the party and ensure the Minister is dismissed.

“The fact that we have taken this position does not mean that it is directly directed at President Akufo-Addo, no. We are talking about the supreme interest of the party. No individual is bigger than this party including Nana Akufo-Addo.” he concluded.

It would be recalled that 80 MPs of the NPP held a press conference to demand the sacking of Ken Ofori-Atta or the government would risk losing their support for its business going forward.

They, however, changed their minds when the President appealed to them to wait till the IMF deal was  negotiated and the 2023 Budget approved before he would  decide the fate of the Finance Minister.

The rebel MPs have re-activated their demands for the President to fulfill his part of the deal, since Parliament will approve the appropriation of the 2023 budget tomorrow.