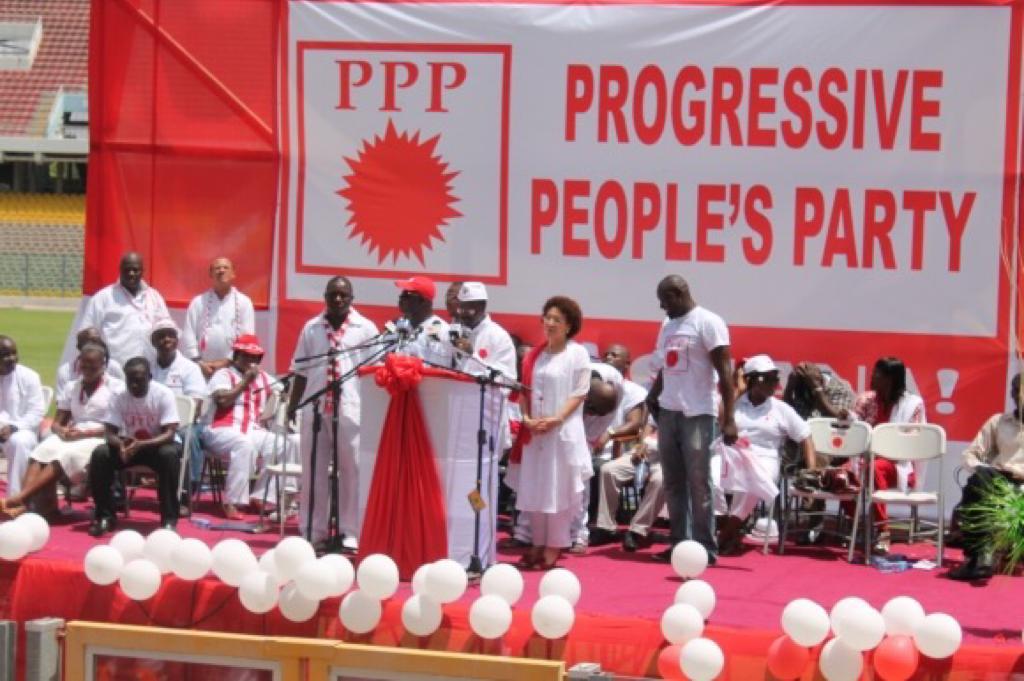 Although,the party feared the present situation, if not dealt with in a timely manner, can take the country down to a very dark and dangerous road, it insisted military takeover was not  an  option .

The PPP made these observations in a statement  issued and signed by its national chairman, Nana Ofori Owusu     on Friday, October 28, 2022 and copied to Today.

“ Failure to deal with the present impasse in a timely manner can take Ghana down a very dark and dangerous road. Ghana does not need a 5th Republican Constitution”, the statement said.

According to PPP, the problem was due to too much power given to the Executive by the 1992 Constitution,noting that,it could be receive for chaos,

To this end,the PPP in the statement reiterated its position to have the constitution amended so that some powers of the Executive could be given to the people.

GHANA DOES NOT NEED A FIFTH REPUBLICAN CONSTITUTION

The Progressive Peoples Party(PPP) has watched, listened and analysed the recent events in the Country as it relates to the present impasse in Government and have the following to contribute.

There is a general acceptance that the system in its present form does not work.  It would be routine for the Executive to respect the Legislature in decision making and ensure good governance for the people when article 78 is amended. This has not been the case as the Executive continues to have its way without any meaningful opposition from Parliament as a whole with particular reference to the Majority.  The Majority leader is appointed by the President as a Minister for Parliamentary affairs.  How can he pose as a real independent leader against Government affairs for which he is a part of and sits in cabinet. This is an anomaly.

It takes extraordinary moments in time for Parliamentarians (as a collective) to become awaken to their responsibilities of checking the excesses of the Executive.

Case in point is a recent pronouncement by “80 majority members” giving ultimatum to President Nana Addo Dankwa Akufo Addo to sack the Finance Minister and Minister of State at the Ministry of Finance. They state that the President must sack his cousin the Finance Minister for mismanaging the economy of Ghana among other charges.  Failure to do so, the group claim they will not approve matters relating to Government business and therefore the budget.  Is it because the executive has not listened nor accepted an earlier call from same majority side of Parliament for the President to reshuffle his Ministerial team including the Finance Minister?

The PPP wish to remind Ghanaians that such a situation happened during the Third Republican Parliament of Ghana in 1980. The then Parliament refused to pass a budget presented by Professor George Benneh, the then Minister for Finance under Hilla Limann’s PNP Administration. Parliament was made up of 140 members.  The PNP had 71 seats, PFP 42 seats, UNC 13 seats, ACP 10 seats, SDF 3 seats and 1 Independent candidate. (Notice how Ghanaians were more tolerate of other political parties. To be revisited at another time). The total seats in opposition were 69 seats.  Clearly, the majority had the numbers to pass the budget.  However, the budget presented was rejected by Parliament.

The rejection of that budget set sail a series of negative activities which brought further hardship on Ghanaians until we entered into the 4th Republican Constitution.

The PPP wish to remind Ghanaians that the Constitution needs to be reviewed to limit the unbridled power of the Executive.  It will also allow Leaders to take decisions early enough as to not put us at dangerous crossroads.

Failure to deal with the present impasse in a timely manner can take Ghana down a very dark and dangerous road. Ghana does not need a 5th Republican Constitution.