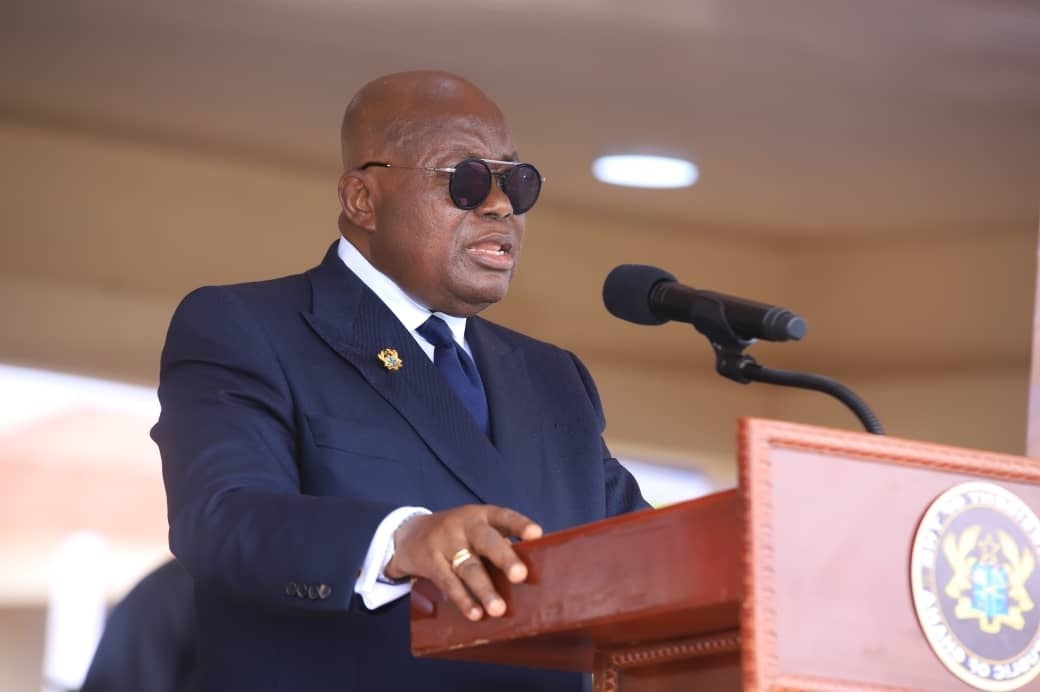 Members of the Concerned Youth of Volta Region have served notice to demonstrate against President Nana Addo Dankwa Akufo-Addo if he does not apologize to the Aflao Chief Torgbui Adzonugaga Amenya Fiti V.

This comes after President Akufo-Addo had, in a sarcastic manner, asked the Chief to complete Mahama’s E-block by himself.

The President said most of the E-block projects started by the Mahama administration had  been completed by his government. Others were also at various stages of completion, he said.

Mr Akufo-Addo’s comments came after Torgbui Adzonugaga Amenya Fiti, had given the government a four-month ultimatum to open the e-block community day senior high school which in his view, has stalled since 2016.

The ¢9 million project which was part of some 200 classroom blocks the erstwhile Mahama administration started was supposed to have some 26 classrooms attached and 5 departments including a science block.

Torgbui Adzonugaga Amenya Fiti speaking with the Minority side of the Education Committee who toured the uncompleted school buildings in the Ketu South constituency said , government’s approach to education was appalling.

“After senior high school education, the next degree that my people have to do is to go to border and go and do kayayo, no school.

“The only school that we have is the RC Senior High School that belongs to the Catholic Mission Minor Seminary. So this thick population have no place to go and people sit down in that big hall called parliament and not thinking about Aflao, a place after the Tema Harbour, the next revenue generation is from the Aflao border.

“I had to push the former President Mahama for the structure to be constructed over there. I had to be running from here to Accra begging.  Should we beg for education?”

But Mr Akufo-Addo questioned why the Chief was  giving the sector minister an ultimatum.

He said on Peace FM Thursday, October 21, which was monitored by Today that “Many of the E-blocks are being worked on across the country.

“Is he [Aflao Chief] the one to give the minister ultimatum then he should go ahead and complete the project.”

But the Volta youth members who are unhappy with the President’s response said in a statement on Friday October 22, 2021 that ” President Akuffo Addo’s intolerant posture of mounting vitriolic attacks on citizens who voted him into office to get things done the right way is not only disrespectful but also nauseating and reprehensible. It is about time he wholeheartedly accepted criticism without having emotions attached.”

“We are also calling and appealing to the President to complete the E-Blocks and other infrastructures which are at various stages of completion across the country for use as governance is continuous process. Our chiefs have every right to demand their share of the national cake from the Central government and air their views on pertinent issues that bothers them.”