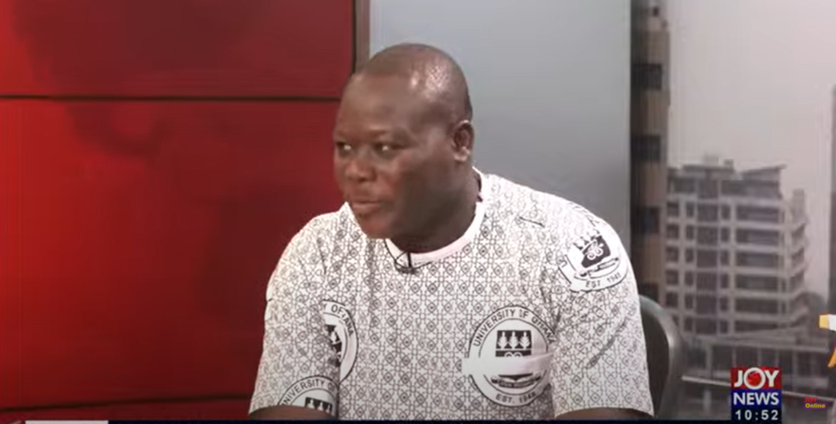 President of the University of Ghana Chapter of the University Teachers Association (UTAG), Dr. Samuel Nkumbaan, has indicated that the aggrieved lecturers would not return  to the classroom  despite a court ruling on Tuesday, February 15, 2022

In an interview with the media , he stated that based on his knowledge of the court’s proceedings on Tuesday, the substantive matter had not been heard, and therefore he and his colleagues cannot resume their official duties.

“Unfortunately, the substantive matter was adjourned to Tuesday, then the injunction was granted. The order of the court, we are yet to get the certified copy and that will give us a sense of the specific details that the court is requiring of us as to what to do and what not to do.

And on the basis of that, our lawyers will be in the position to advise us. So categorically , we cannot state as we speak that we’re going back to the classroom tomorrow,” he stated.

He made these comments in reaction to an injunction by the Labour Division of the Accra High Court on Tuesday, February 15. With the injunction, UTAG is required to suspend the strike action and return to the negotiation table.

The order from the Court follows an appeal by the National Labour Commission (NLC) for an interlocutory injunction to suspend the strike by UTAG while negotiations continue.

UTAG is therefore expected to halt the strike until the Court determines the substantive application by the NLC.

The Court presided over by Justice Frank Aboadwe Rockson noted that ongoing negotiations between the parties may not yield any result if the industrial action continues.

The Court had asked both parties to try an out-of-court settlement on two occasions.

Justice Aboadwe Rockson, thus, granted the injunction. UTAG’s Lawyer, Kwasi Keli-Delataa, objected to the motion and pleaded with the Court to determine the substantive case before it.

But the judge overruled it. The NLC sued UTAG, urging the Court to declare the strike illegal. The case has been adjourned to February 22, 2022, at 1:30 pm.

Meanwhile, students have been left stranded on various campuses of public universities as there appears to be no end in sight for the industrial action by their lecturers. But on both occasions, UTAG said they have not received any concrete offer from government yet, thus causing all engagements to end inconclusively.

UTAG wants government to restore their 2012 conditions of service, which pegged the monthly income of entry-level lecturers at $2,084.

The Association has complained that the current arrangement has reduced its members’ basic premiums to $997.84.