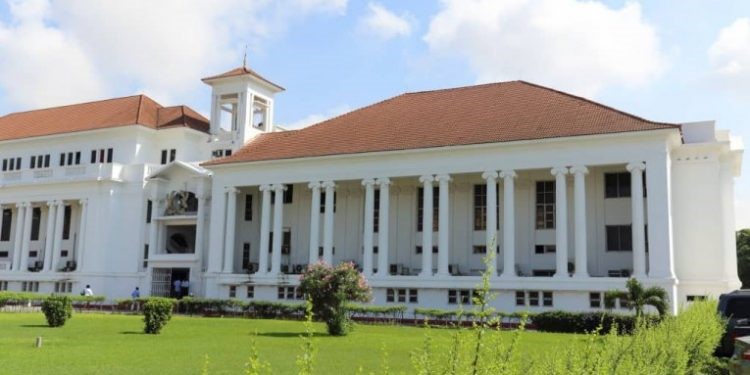 *For  interpretation of MPs’ immunity

Two Ghanaian citizens have gone to the Supreme Court for interpretation on the thorny issue of immunity and privileges for Members of Parliament.

Article 117 of the 1992 constitution stops any criminal or civil processes coming from any court from being served on or executed in relation to the Speaker, or a member of the Clerk to Parliament while the person is on his or her way to, attending, or returning from, parliamentary duty.

The two Ghanaians, Hilda Mansuwa Kpentey Dongotey and Albert Gyamfi, argue that the framers of the constitution could not have intended the expression proceedings of Parliament to refer to the entire duration of a session or a meeting of the House.

According to processes filed by their lawyer, Samson Lardi Ayenini, they want the Supreme Court to declare that an MP, a Speaker, Deputy Speaker, or a Clerk to Parliament can be arrested for any offence committed while on his or her way to, attending, or returning from any proceedings of Parliament.

The move comes on the heels of the refusal of the Speaker to release the Member of Parliament for Madina, Francis-Xavier Sosu to assist with investigations into alleged criminal offenses during a demonstration he organised over bad roads in his constituency.

Police have tried without success on two occasions to arrest legislator, Francis-Xavier Sosu, and have gone ahead to secure criminal summons against him in court, while Parliament has sent out strong signals that it will not countenance the position of the police.

The MP has so far failed to honour two court appearances.

He now claims that he has not been served the criminal summons.

He has also gone ahead to now file a suit against the police asking the court to enforce his human rights to protest and also place an injunction on the attempts by the police to arrest and prosecute him until the determination of his case.