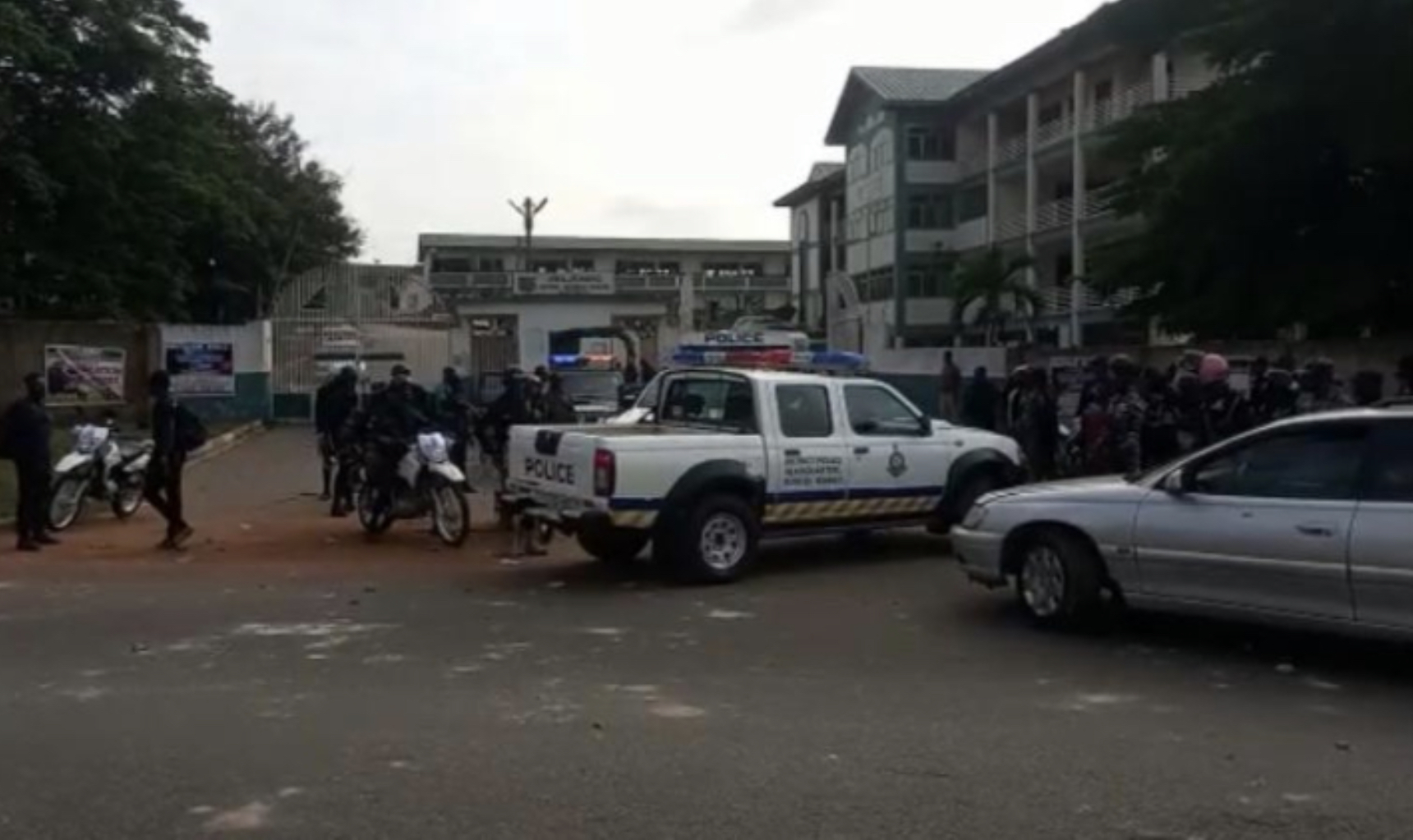 Ghana Police Service says it  failed in its approach to tackling the riot at Kumasi Islamic Senior High School (SHS).

It noted that the officers who were deployed to maintain peace and order in the school could have done better .

According to the Service, a more calculated tactic could have led to a much salient resolution to the chaos and not the development that was seen in the Ashanti Region town on Monday. June 13, 2022.

On the back of this, some top police officers in the jurisdiction have been interdicted, including the Deputy Regional Police Commander, DCOP Kwasi Akomeah-Apraku.

He was acting as the Ashanti Regional Police Commander at the time of the chaos.

Two other police officers have been interdicted to allow for investigations to take place.

About 25 students were hospitalised after Police allegedly opened tear gas on them while they were protesting frequent crashes of pedestrians in front of the school.

The victims were said to be part of a group of students who blocked the Abrepo Junction-Barekese road during the protest.

The angry students had massed up on the road in protest, as they called for the construction of speed ramps on that section of the road.

Regional Director of the National Ambulance Service, Sommit Duut, said all the victims were responding to treatment.

He, however, stressed that they did not treat any traumatic injury like that of gunshot wounds. According to him, the students instead suffered respiratory distress.

The Inspector-General of Police (IGP), Dr George Akuffo Dampare subsequently paid a visit to the school to get first-hand details of the incident.

Dr. George Akuffo Dampare after his visit, assured students and management of the school that he will look into the conduct of police officers deployed for crowd control during their protest.

While addressing the students, the IGP said investigations will be conducted into the matter to ensure the necessary action is taken.

The statement signed by Police Director of Public Affairs, Grace Ansah-Akrofi explained that “even though nobody was hit by a bullet, the Police handling of the incident was poor and fell short of our standard operating procedure on crowd control.”

Aside from the Deputy Regional Commander’s removal, the two other officers who were interdicted to make way for a thorough investigation comprise the Regional Operations Officer, ACP George Ankonah and Suame Divisional Police Commander, ACP Alex Cudjoe Acquah.

Additionally, the press release indicated that the issue had been taken up by the Police Professional Standards Bureau (PPSB) as they had commenced a full-scale investigation into the conduct of the officers who used that approach to disperse the students.

Clinical psychologists have also, per the statement, been deployed to offer assistance to the student body.

Meanwhile, the Ministry of Education has also launched a separate investigation into Monday’s chaos.

The Speaker of Parliament, Alban Bagbin, also on his part has handed down a one-week ultimatum to the Defence and Interior Committee to embark on a fact-finding mission to Kumasi over the incidence of alleged police brutality at the Islamic Senior High School (SHS).

The Speaker, in giving the directive, said: “I will direct the committee on Defence and Interior to take this matter up and report next week. In other words, the committee members should visit the IGP to the regional police commander and the school in question, visit the injured persons and report by Tuesday with the findings and await the final investigations and if there is the need for us to take any further action, we will do that.”

Meanwhile the Ministry of Education says calm has returned to the school .

Deputy Education Minister, John Ntim Fordjour, after a visit to the school on Monday night, said all the injured students were  currently safe and responding to medical treatment.

While describing the incident as unfortunate, the Deputy Minister said full academic work was expected to resume on yesterday.

He also said: “Out of the thirty-eight (38) students hospitalised, twenty-two (22) have been discharged and have joined their colleagues on campus.”