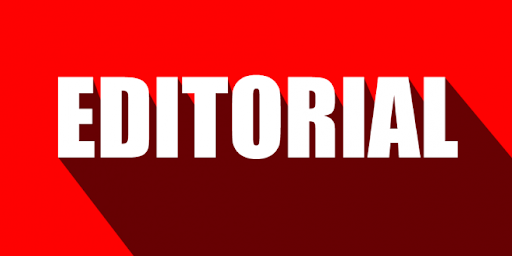 OUR constitution in Article 21 says: “All persons shall have the right, among other guarantees, to freedom to practise any religion and to manifest such practice.”

THIS guarantee therefore makes it illegal for anybody or authority to interfere with the rights of people to espouse their belief in any Supreme Being.

HOWEVER, the liberal provision in the constitution has opened the floodgates for all kinds of characters to make public declarations of their capacity to lead the people to their Maker.

THAT is why it is not wrong to say that religion has become the opium of the people. In effect, religion intoxicates the people, for which reason it is not difficult to establish why these spiritual leaders enjoy a large following, even when their teachings are established as false and have the potential to poison the atmosphere.

CHRISTIANITY in the country is now under siege, with false teachings and prophesies all over the place, particularly frightening are the activities of some Christian leaders who are leading their flock astray.

THIS marauding band of religious lunatics is undermining Christianity with criminally-minded teachings and false prophecies.

AS 2 Peter 3:16 states, ” ….There are some things in them that are hard to understand, which the ignorant and unstable twist to their own destruction, as they do the other Scriptures.”

WE do not and will never deny the Christian belief that the Lord God is a Healer and Protector of man. In carrying out those duties, however, God does not succumb to the command of mortals like those pastors/prophets.

THESE so-called Men of God are revered by their followers. The religious dogmas they create are enough to push the followers to advance money for spiritual consultation.

UNDER the guise of helping people with spiritual protection and healing, they sell everything, from olive oil to ‘anointed’ water, salt, pepper and handkerchiefs, at exorbitant prices.

TODAY, many of them who started their churches and prayer camps from ground zero have become rich overnight, driving in posh cars at the expense of their victims, many of whom are poor and sometimes borrow money to pay for the items and spiritual consultations.

FOR some time now the media have been exposing the negative activities of these crooks. Some are accused of using juju to fortify themselves and to draw people to their churches. Other nefarious activities include illicit sexual affairs and extortion of money.

WE believe the time is up for the people to discern falsehood from the truth.

FOR  Christians and all others who believe in these false teachers, Matthew 7:13-23 provides an answer. It describes how dangerous false prophets are, particularly as they appear to be genuine.

IT  is said in verse 15: “Beware of false prophets, who come to you in sheep’s clothing but inwardly are ravenous wolves.”

WE commend the Christian Council of Ghana (CCG) for drawing public attention to some of the negative activities of our religious leaders.

TODAY  agrees with the CCG that some of the excesses of religion are caused by so-called men of God who lack a balanced understanding of the Bible and the teachings of Christ.

BUT we think the onus is on the council to bring order to the house of God by sanctioning its members who engage in false teaching, including the latest practice of some pastors becoming lotto forecasters and taking money in exchange for lotto numbers.