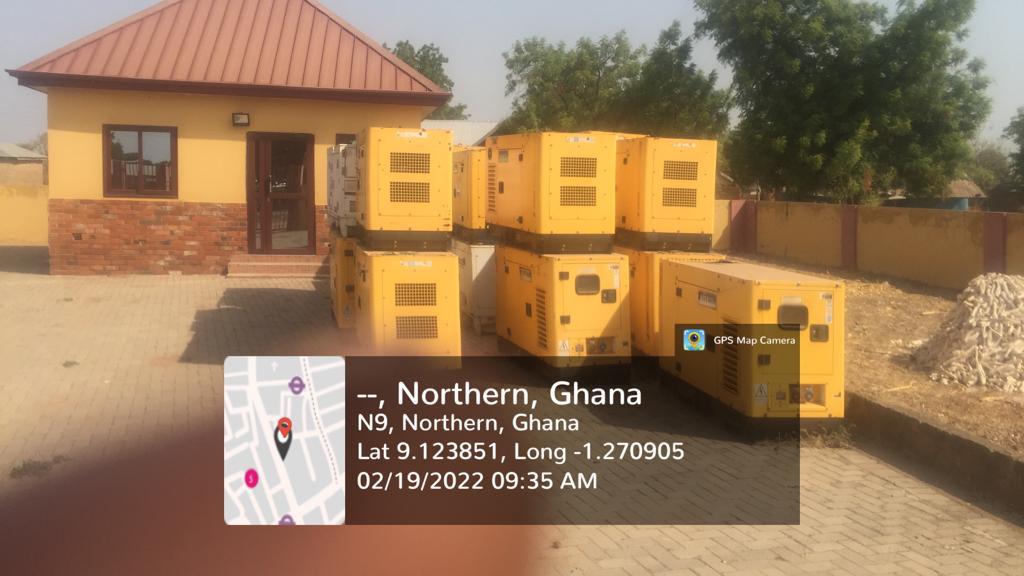 *Where is the Receiver?

Latest intelligence picked up by The Today Newspaper indicates underground moves by people with questionable identity picking up items or equipment belonging to GN Bank/GN Savings & Loans to unknown destinations. It’s very difficult to ascertain whether the individuals have been acting on the instructions of the GN Bank Receiver or taking advantage of the Receiver’s apparent nonchalant attitude towards the properties of GN Bank.

The paper first alerted Ghanaians about how the GN Bank Receiver has left properties of the Bank to rot in the bushes and also how Eric Nana Nipa quickly organized for some of the properties to be transferred to unknown destinations. However, that clandestine move was blown over by your authoritative newspaper.

Further investigations made by this reporter on the matter confirmed that an isolated piece of land closer to Afenya in the Greater Accra Region, had been earmarked as the dumping ground/site for the equipment and items belonging to Bank. The items include vehicles—some very new, computers, air-conditioners among many others.

These items were first heaped at an isolated place at Kwashieman, a suburb of Accra before they were transported to the Afienya area under wraps, but the ubiquitous prying lenses of your authoritative newspaper managed to bring it to public attention. Till today, officials and owners of GN Bank are not sure of the exact number of equipment and items dumped at the Afienya site because of the manner they were smuggled out from Kwashieman to the new site.

There is the held view that the Receiver’s obvious lack of proper diligence could lead to the thievery of some of the GN Bank properties and office items.  And the latest discovery made by the paper of an attempt by a group of youngsters to pick up the bank’s equipment/items at Nyankpala in Northern Ghana is an attestation of that view point.

The paper found out that some group of young guys, presumably indigenes of the area stormed the Nyankpala police station on Thursday, April 7, 2022  and demanded for the keys to the GN Bank building in the town ostensibly to pick up equipment and items belonging to the facility.

It would not be surprising that these boys could be some of Nipa’s assigns who want to act on the blind side of the Receiver for their own purposes.

This is because when the police sought from them their permit, they failed to produce one; they also could not answer satisfactorily who sent them on the mission.

According to the Nyankpala police, the boys claimed they were taking the items to Salaga, a town in the Savana Region. It was  however not known whether they were acting under the instructions of the Receiver Nana Nipa or just taking advantage of the obvious neglect of the GN Bank buildings and equipment by the Receiver to steal some of these items.

This drew the suspicion of the police who then decided to detain them for further investigations. An anonymous police officer even told Today that the body language of the suspects clearly showed  they were up to something sinister.

However, multiple sources at the  Nyankpala police station told this paper that  when the police officer who was on duty refused to release the keys to them, they called  the Station’s Commander who authorized the officer  on duty to give them  the keys.

Interestingly, as at Friday, April 8, 2022  our further checks at the police station indicated the young men had not brought the keys back.

The paper could not fathom the real intent of the gang because the Receiver had in the  past failed to notify owners of the banking facility any such of their actions and their method of work or operation.

Many Ghanaians who have shared their thoughts on the Receiver/GN Bank issue believe the lack of proper supervision by the Receiver could offer some unscrupulous people the chance steal the company’s equipment and items.

This reporter therefore wondered whether same approach had been adopted in the collection of many GN Bank items in other areas of the country and whether indeed, every single item was counted in the data currently at the offices of the Receiver; and whether they reconcile with that of GN Bank.

Readers must note that the revocation of the license of GN Bank/Savings has not been a final event.  It has been disputed by Dr. Papa Kwesi Nduom and other shareholders in court.  A court case has been process since August 2019 with the Bank of Ghana, the Attorney-General and the Receiver listed as defendants.  The judge, Justice  Gifty Agyei-Addo had set 9th December 2020 for her final judgement.  It is the Bank of Ghana that has been using technicalities, what some have alleged to be “legal tricks and gymnastics” to cause delays and push judgement day far into the future.

Given the situation, a prudent professional in the Receiver role would be expected to keep assets in his possession safe and in tip top condition.  We expected Nana Nipah to prevent financial loss especially with our understanding that he has been given substantial funds to manage the assets of GN Bank/Savings.

Our investigations raise the questions:  where are the vehicles and motorcycles?  Are they being serviced?  Who is managing the inventory of these assets?  How much value has been lost so far?

One thought on “Thievery of GN Bank Items?”