Tamale Under Water  : Many displaced 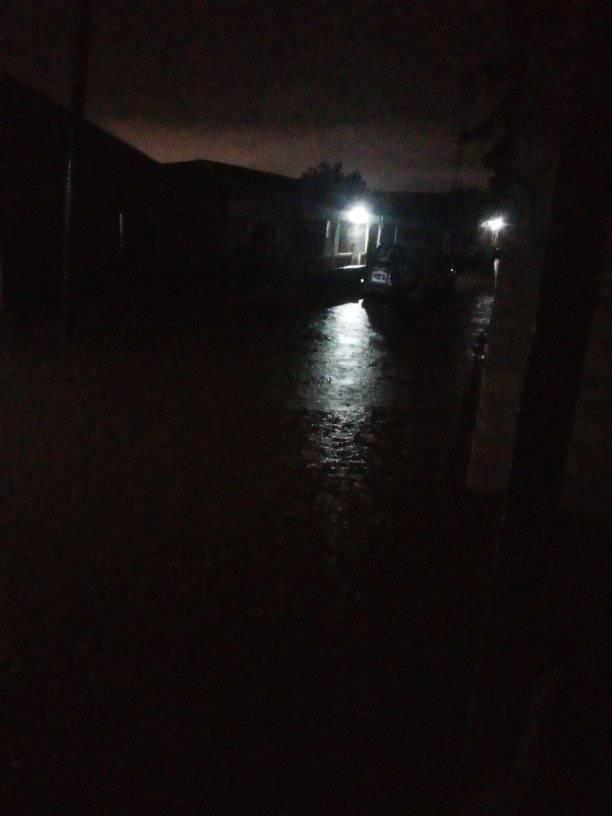 Floodwaters have swept through the Kalariga community in the Tamale Metropolis of the Northern Region displacing several families and destroying properties that run into millions of Ghana Cedis.

The downpour which started late night Saturday, August 28th 2021, according to eye witnesses, filled the main drain in the area and that resulted in the overflow of running waters that entered homes deep in the night, through to the wee hours of Sunday, August 29th, 2021.

.Before the affected families could realize, their entire homes had been engulfed by the floods. Those who tried to evacuate family members and properties had to wade through the floods at the waist level.
For some residents who consider the current flooding as a perennial occurrence in the Tamale metropolis, this year’s floods are simply unbelievable and unprecedented, with one resident describing it as “one of the worst floods in recent times”.

Speaking to the media, a resident, Dramani Mariam said she had just moved to the neighborhood and did not know the area was prone to flooding, adding that she has been traumatized by the situation.

“I became confused and didn’t know which of my three children to move out of the water first”, Dramani Mariama narrated and appealed to the local assembly to do the needful and resolve the poor drainage system which, to her,

“is the cause of the flooding”.  Unlike Madam Dramani, a resident who gave his name only as Victor, was not least surprised by the incident, because he and other regular residents of the area have been experiencing same flooding in the past years.

He said he woke up to chaos in the neighbourhoods since everyone was evacuating the place to higher grounds, adding, “several complaints about the perennial flooding in the area have yielded no result”.

“The drains are too small and easily fill to the bream and cause the flooding” he said and noted that “following a previous flooding incident, the National Disaster Management Organisation (NADMO) had collected data, however, what has become an annual incident is yet to change”.

The Assemblyman for the Kalariga Dabokpa electoral area, Amudu Yahuza said the drain was dredged some years ago, adding that after the dredging the floods stopped until recently.Mr. Yahuza said several opportunities for road works have been taken to other parts of the electoral area instead of working on the Karariga drain. He was however, optimistic that the assembly would give the area the needed attention to resolve the age long problem.