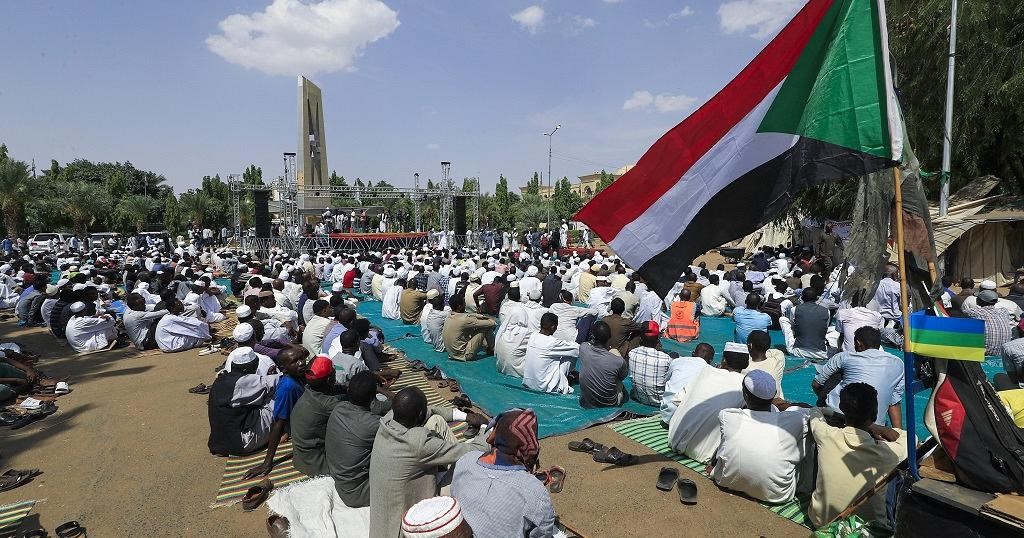 Hundreds of Sudanese pro-military protesters participated in last Friday’s prayer on the seventh day of a sit-in outside the presidential palace in Khartoum, in demand for the dissolution of the embattled transitional government.

Supporters of Sudan’s transition to a civilian-led democracy took to the streets Thursday, as rival demonstrators kept up a sit-in, demanding a return to military rule.

One of the pro-military protestors, Ibrahim Abdul karim, said the government should at least attend to their basic needs.

“We are at the presidential palace to send a clear message to the officials, the government and the Transitional Council: we are hungry, we have no medicine, we cannot send our children to university or to school and we have no food or clothes to give them.”

Expressing his frustration, Mohammed Kheir Abdulnabbi was hopeful the government and all its stakeholders would quickly come up with a solution to fix the current crisis in the country.

“The situation is worse than before and this polarisation will not benefit the country at all. We hope that reasonable people in the government and in the military council will sit down for talks to find solutions to get the country out of the crisis that will lead to its collapse.”

Thousands of supporters of Sudan’s transition to a civilian-led democracy took to the streets Thursday, as rival demonstrators kept up a sit-in, demanding a return to military rule.

Both sides appealed to their supporters to desist from the attacks, but nearly 40 people were injured, with some having difficulties in breathing after security forces sought to break up protests using “force, bullets, and tear gas”, the Central Committee of Sudan Doctors said.

The two sides represent opposing factions of the Forces for Freedom and Change, the civilian umbrella group which spearheaded demonstrations that led to the army’s overthrow of longtime president Omar al-Bashir in 2019.

The mainstream faction backs the transition to civilian rule, while supporters of the breakaway faction are demanding the military take-over.

Demonstrators joined the march organised by the mainstream faction across Sudan, including Khartoum and its twin city Omdurman, Port Sudan in the east, and Atbara to the north.