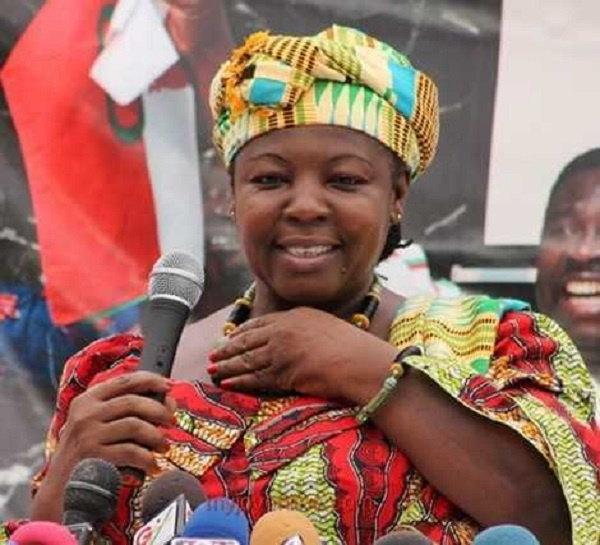 Nana Akosua Frimpongmaa explained that these old policies did not have a direct impact on the youth and the private sector, which is the engine for economic growth in any country.

She explained further  that private sector participation, which was  the engine for economic growth had been undermined by the current government, hence the high rate of unemployment and poor economic growth.

“All the Neoliberal policies being implemented today is the reason why there is the high rate of unemployment and economic hardship. During CPP’s regime, Nkrumah made sure that there were factories to produce goods, it created jobs thereby easing economic hardship”, she stated.

Speaking on Joy Prime last week  Thursday, the outspoken chairperson said, Nkrumah had planned policies that ensured whatever was consumed was manufactured in the Country, however bad policies from successive governments collapsed most of the factories Kwame Nkrumah built.

According to her, the government had no planned policies which sought  to empower the youth.

The Chairperson was quick to hint that, CPP  was ready to take over power in 2024 to continue with the good work of the first President. She said the party had  structures and policies to revive the non-performing economy.

The Convention People’s Party (CPP) is a socialist political party in Ghana based on the ideas of the first President of Ghana, Kwame Nkrumah. CPP was formed in June 1949 after Nkrumah broke away from the United Gold Coast Convention (UGCC).

After the overthrow of Kwame Nkrumah in 1966, the Party has since remained in opposition. But under the Chairmanship of Nana Akosua Frimpongmaa, it is determined to come back to power to break the five decades power drought.