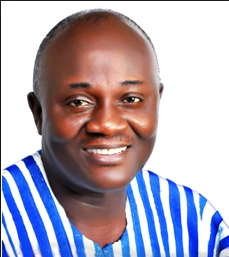 He threatened that President Akufo Addo is clothed with powers by the Constitution to dissolve any assembly found to have defaulted its functions, and transfer such functions to an individual or a body to run the assembly.

“So nobody should think that they can blackmail anybody, blackmail the district because they cannot be dissolved. They can be dissolved and your functions can be taken over by one person or body and we pray that nobody pushes us to that level,” Dan Botwe said.

The comment by the Minister follows reports of rejections of Metropolitan, Municipal, and District Chief Executives nominees.

Addressing the Okere District Assembly in the Eastern Region on Monday, September 27, 2021, the Minister explained that, these powers of the President were  explicitly stated in the Local Governance Act, 2016 Section 36&37 of Act 936 which can be triggered by the President if the need arises.

“This goes to many of the assemblies knowing the functions of the Assembly yet some wants to use various means to subvert the work of the assembly and the nomination process. We must understand that by the same law, in Section 36 of Act936, the President has some powers. An investigation by the President that is section 36 Act936 states ‘the President may cause the performance of any function or matter of a District Assembly under this or any other enactment be investigated if the matter is likely to affect the discipline of the District Assembly and shall give direction as appropriate,” Dan Botwe stressed.