SOEs to be made competitive –Minister 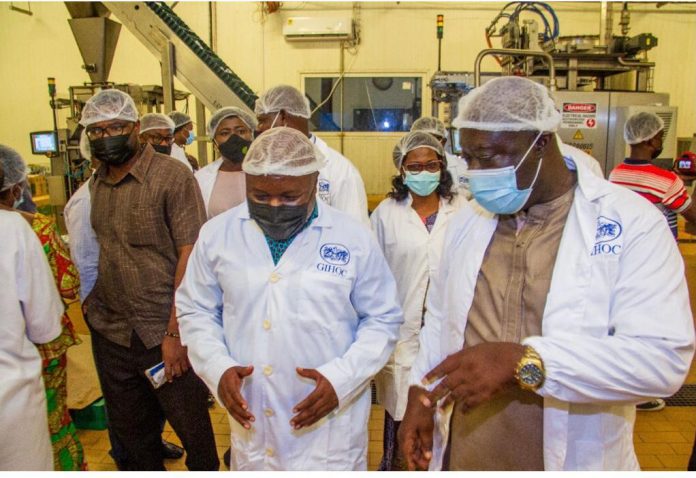 Minister for Public Enterprises Joseph Cudjoe has announced that his ministry is considering a league table for State Owned Enterprises as one of the many tools to boost their competitiveness.

He explained that the intention is to help in identifying enterprises that are struggling for government to extend the necessary support “so that we could put an end to the cycle of investing so much in a state-owned enterprise and not getting anything in the end”.

The Minister was speaking to journalists after touring the GIHOC Distilleries Company Limited.

“We want a ranking of them, so we can say this company is first in performance, this is second, third or this one is last. It will serve as a tool to help non-performing MDs and enterprises to be supported.

“In the end, we want to see these enterprises performing so that it can lead to job creation because there are so many enterprises that can help government’s employment drive when they are on their feet and performing.

“There will be transparent parameters that will guide the scoring. We will ensure that whatever score that is generated is indeed a true reflection of happenings in each of the enterprises. In fact, we will have a system to do an independent verification of the scores. In the end, we simply want to ensure that these enterprises become self-sustaining, are able to generate the right revenues and also create more jobs.”

“Can you believe it, Minister that if you go to some hotels, restaurants or pubs and you ask for, for example, Herb Afrik and the response will be that we don’t sell local drinks here. How possible that this can happen when in their countries they will not allow this to happen? We should have a serious look at some of these things.”

He opined that “in fact, it is this and other instances where our local products are not given space in the market that has become the bane of local companies to be able to produce more and expand”.