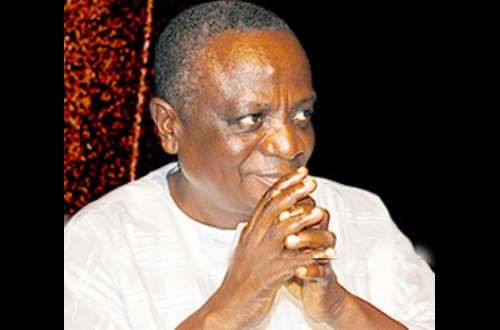 On September 28th, 2021 a dark cloud fell over the Ampadu family, entertainment industry, and Ghana as a whole. A son, father, brother, musician, and legend had gone to meet his maker.

Nana Kwame Ampadu was a highlife musician who died at the age of 76.

Throughout his career he mounted several stages, met and worked with different people. He was admired by many from afar one of such was filmmaker Socrates Sarfo who says before he met the musician he would steal his song to use in films he was producing.

When he finally met the musician and confessed his sin and further asked  for permission to officially use the songs from the artist to his surprise, Ampadu had already seen what the filmmaker was doing and was proud that someone was using his song for good.

“I have been seeing it and I am just proud that you are making use of my works. Now that you are here today, you can do it. Any song you want to make a film out of. Go ahead’’, he said.

Nana Ampadu is known to have composed over 800 songs and groomed many musicians who have subsequently made immense contributions to the country’s music industry.

According to the producer, the demise of the legend should give the industry a wake-up call that to find a way of institutionalizing industry players while they are still alive to make sure they live forever. They say legends never die and a man who has composed over 800 songs is an embodiment and a true definition of that. Although his body is still, his music will continue to move in the hearts of his fans and fami