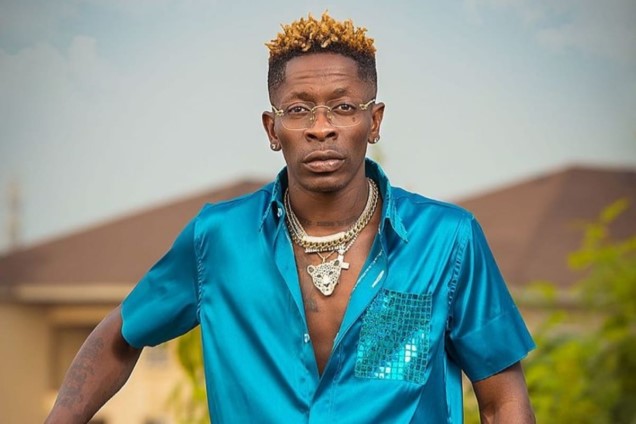 *On disruptive behavior at IGP’s meeting

Embattled dancehall artiste, Shatta Wale, has explained what caused him to disrupt a meeting between the Inspector General of Police (IGP)  and creative arts players on Wednesday.

Even though he rendered an unqualified apology to the IGP, Dr George Akuffo Dampare, the musician has indicated that the cause of his action was triggered by an officer who was disrespectful to him.

“I saw people taking out their phones, and nobody was talking to them, so I felt ‘let me just take my phone because Fred Amugi (actor) has been one of my greatest actors that I really want to do a movie with. So when he was talking, I felt what he was saying was so important to me that I had to keep it for myself.

“I took a video, and one of the police officers came and was like ‘phones are not allowed’, but you know people were taking pictures before I came, so I felt like it was a bit rude,” he told journalists

Shatta Wale explained further, “where I was even coming from, someone had stolen my hundred bags of cement, and organisation had gone on before I got there, so the tempers were high a bit; that’s why I got to apologise.”

The ‘Melissa’ singer was dragged out of a meeting by some police officers after he yelled at the Police boss after he was told not to take photos or videos of the proceedings, something he described as unfair.

He was reported to have shouted, “what do you mean?”, “you think I can’t take my phone?”

According to various reports it   took the intervention of musicians A Plus, Bulldog, and others who called for calm.

The musician was asked to join the meeting later.

The IGP, Dr George Akuffo Dampare, called for a meeting with the creative arts industry to engage them on matters pertaining to show business and security to develop mutual roadmaps for future relations.