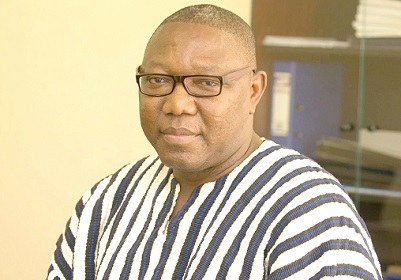 The Akufo-Addo/Bawumia NPP government owes Ghanaians an apology, and an explanation for abandoning mid-stream a promise made to the people of Ghana. The current NPP government promised to, and restored a diluted form of teacher trainee allowance. And they assured Ghanaians, that they will not reintroduce the quota system that restricted more teachers from being trained. They have since made a U-turn.

As evident in the leaked GTEC letter to the Principals of Colleges of Education, the cardinal reason for the introduction of the admission quota system for Public Colleges of Education for the 2022/2023 academic year, is due to government’s inability to fund the feeding grant and allowances for as many who qualify and want to train as teachers.

The GTEC letter – with the list of allocations per College – dated December 16, 2022, states categorically, that allocations to various Colleges cannot be varied and must be adhered to. The letter added, that “for the avoidance of doubt, payment of feeding grants and trainee allowances will be guided by these numbers.”

On the face of the allocations list attached to the GTEC letter to the Principals of the Colleges of Education, the highest number allocated to a College is 320 students, while the lowest number is 160 students. Based on the list of allocations given, the impact of this sudden policy change is reflected in the fact, that only a paltry 12,002 prospective teacher trainees will be admitted into the 46 Colleges of Education for the 2022/2023 academic year. This means 260 students per College on average, a clear waste of space, and an obvious hindrance to training more and much needed teachers.

So no doubt, that the quota system announced for admission will prevent many prospective applicants from getting admission into Colleges of Education. And this is bound to have negative consequences. With thousands of qualified applicants chasing few spaces, partisan influenced protocol admissions and the ‘whom-you-know’ syndrome will deny many qualified and worthy applicants who truly desire to become teachers a fair opportunity to gain admission.

Below are two reasons, culled, courtesy citinewsroom.com, which I believe, justify my call on government to apologise to Ghanaians for the U-turn as far as the promise to pay trainee allowances and still allow as many who qualify to train as teachers to do so. Evidently the reintroduction of the quota system has badly exposed the Akufo-Addo/Bawumia NPP government as captured in the words of the then Minister of State in Charge of Tertiary Education:

1) “Professor Kwesi Yankah, then Minister of State in Charge of Tertiary Education in 2017, said Colleges of Education could admit as many qualified applicants as their available facilities can allow but without compromising quality and standards.”

2) “He insisted that the Ministry of Education under the Akufo-Addo government will not introduce a quota system for admission which could prevent many prospective applicants from getting admission into teacher training colleges.

From the foregoing, it smacks of dishonesty when the same government that made a promise to win an election has turned back on its words, and is now doing what was not even close to what it condemned to win election 2016.

I strongly insist that the Akufo-Addo/Bawumia NPP government has an obligation to tell Ghanaians the justification for the reintroduction of a quota system they promised not to introduce, and admitted will close the door to many prospective teachers.