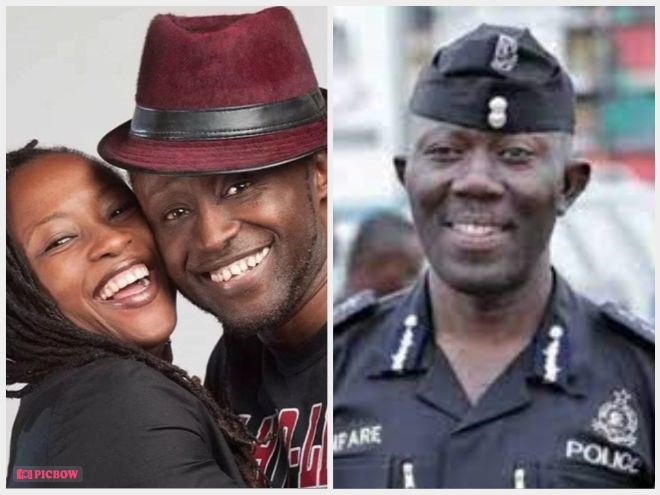 The wife of hiplife legend Reggie Rockstone is unhappy her husband was left out of a meeting between creative art players and the Inspector General of Police and the Police administration.

Over 130 players of the creative arts industry met with the leadership of the Ghana Police Service at the police headquarters on Wednesday, 10 November 2021.

The players came from various sectors of the industry and included musicians, actors, producers, bloggers, poets, comedians and dancers as well as representatives of the various associations and recognised groups within the industry.

The meeting, which was moderated by Mr Abeiku Aggrey Santana, was called by the Inspector-General of Police, Dr George Akuffo Dampare, to provide a platform for the creative arts stakeholders to openly discuss security issues affecting their industry.

Discussions focused on matters such as piracy of creative works, provision of event security, access to police uniforms and premises for productions, a dedicated police unit to facilitate activities of industry players and the unprofessional conduct exhibited by some police officers.

The dialogue also focused on the enforcement of copyright laws, defamatory publications on social media and the need for an enhanced partnership between the Police and the Creative Arts Industry for public education on law enforcement.

But in a video posted on Instagram, Zilla Rockstone expressed her disappointment at the organisers for not inviting her husband to the stakeholder engagement.

Reggie seated next to his wife in the car attempted to calm her down but she would not listen insisting there was no excuse for her husband, credited for introducing hip life, to have been forgotten at such an important engagement.

“How are artiste going to come together, have a meeting with the new IGP and you don’t know anything about it, you’re not ill, you’re not inaccessible, it’s not a joking matter,” she said to her husband in the video.

She wondered how Reggie Rockstone could be forgotten and is seeking answers.