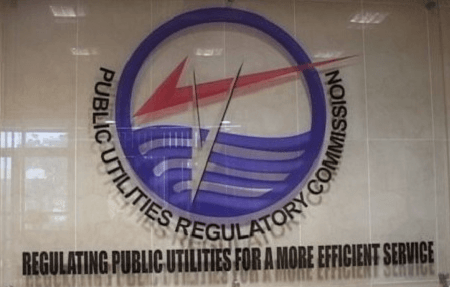 This comes after the Institute of Energy Security (IES), described as baseless factors accounting for the recent notice by the Public Utility Regulatory Commission for an increase in utility tariffs.

There is an impending increase in electricity and water tariffs by 30 and 8.3 percent respectively, effective February 1.

The Commission, while citing inflation as a factor, indicated that the cost of the electricity generation mix has also seen an increase taking into account the depreciation of the cedi.

“In Ghana, about 60 percent of our generation comes from thermal and about 40 percent from hydro. But with the hydro, we have the legacy hydro, Akosombo, Kpong and Bui. Where we come in is the legacy. Now, there is also a law that established the electricity market oversight panel. So not all the hydro comes to what we call the regulated market.”

“They [IES] say, the hydro will be 38 percent and out of this, we want to give five percent to Ghana water. Then VRA also has other commitments to export. Out of the export, we are also giving five percent. Then we also have the deregulated market. When we take all these components out, all that I have mentioned contributed about 33 percent.”

“So the component of the 38 percent that came to the regulated market, the 67 percent that we used, that is what we shared between ECG, NEDCo and Enclave Power and when you do the calculations, you get the 26 percent. So maybe, they didn’t take notice of this”, he explained.

It would be recalled that,  the IES asked PURC to reconsider the energy mix assumption used in the tariff adjustment.

It anticipated a marginal increase in tariff if more hydroelectric power is produced from the generation mix.

“The IES however considers the assumption used by the PURC on the electricity generation mix of 26.11% hydro and 73.89% thermal as baseless. That assumption amounts to giving priority to thermal power generation over hydro, given that water elevation for Bui and Akosombo generating stations (GS) have improved waterhead levels, and capable of producing over 35% of power in 2023, in IES’ estimation,” IES said in a statement. “IES therefore calls on the PURC to reconsider the energy mix assumption used in the tariff adjustment (to reflect improved water-head levels) as that has an impact on the Weighted Average Cost of Gas, which has been reviewed to $6.0952/MMBtu from $5.9060MMBtu. This, the IES believe will bring some relief to already burdened citizens, and in the face of the current economic crisis.