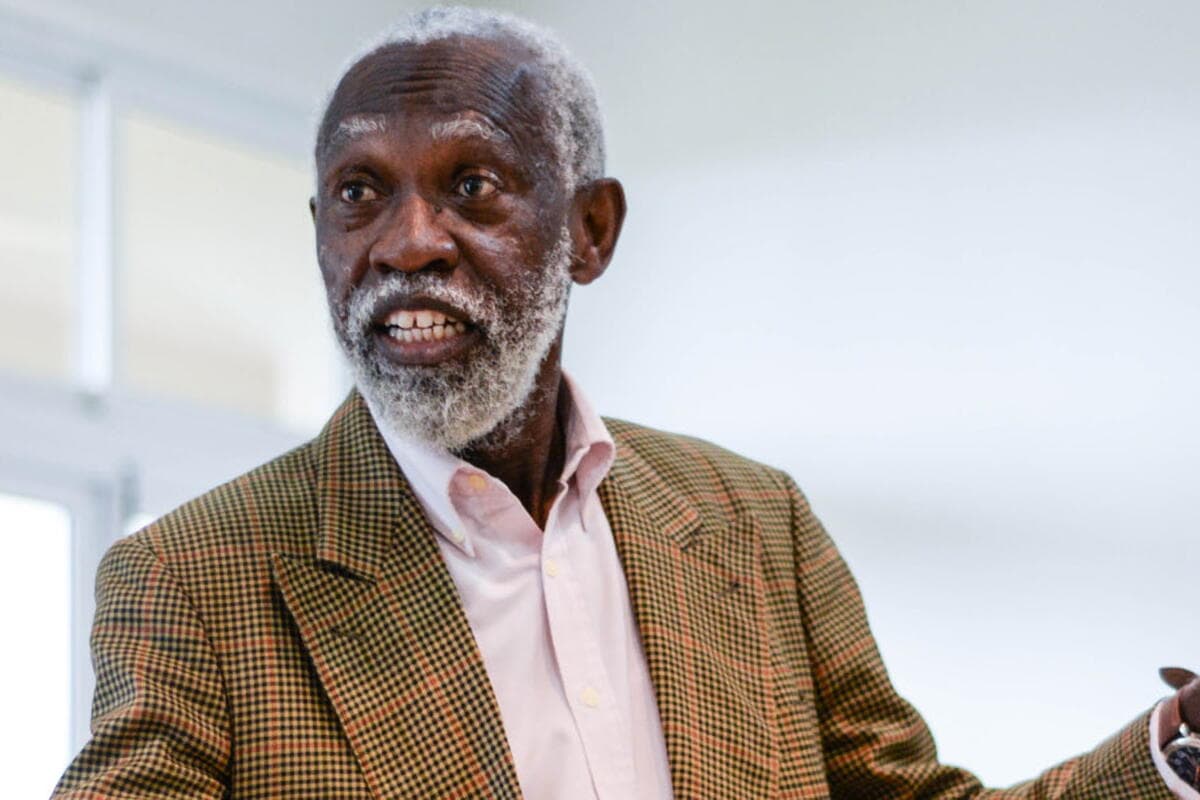 *Cause of country’s economic woes

A leading  member of the ruling New Patriotic Party (NPP) government, Prof Stephen Adei has admitted that the current economic situation facing Ghana is as a result of his  government’s decision to  use GHS21 billion to collapse some nine banks and other financial institutions.

Some nine local banks, 23 savings & loans companies, 347 microfinance institutions, 39 finance houses and 53 fund management companies have been closed down since 2017 under President Nana Akufo-Addo in a financial sector clean-up exercise.

Two banks, UT Bank and Capital Bank, were first taken over by GCB Bank in a purchase and assumption agreement.

Seven others, the Sovereign Bank, The Beige Bank, Premium Bank, The Royal Bank, Heritage Bank, Construction Bank and UniBank had their licences revoked and placed under the Consolidated Bank Ghana.

As a result of the banking sector reforms, the Bank of Baroda willingly folded up and exited.

Ghana now has 23 functional universal banks in the country.

Speaking on Accra100.5FM, about the current economic crisis in Ghana which was monitored by Today,  the former Chairman of the National Development Planning Commission (NDPC), said: “The truth is that times are hard because inflation is 15%, the price of petrol has doubled and the cedi has depreciated”.

For instance, he said, the Russian-Ukraine war and COVID-19 pandemic could not be blamed on the government since it had no control over them.

On the other hand, the former Rector of the Ghana Institute of Management and Public Administration (GIMPA), said: “What the government can be faulted for is that they wanted to do so many things at the same time when they first came into power and, so, they borrowed so much”.

“So, the huge debt is killing us now, especially when the borrowing has not yielded any fruits yet”, he noted.

Secondly, Prof Adei added: “In my opinion, the manner in which they collapsed some banks and financial institutions with GHS21 billion is partly responsible for the country’s economic crisis”.

Thirdly, he said the size of the government and the public sector wage bill had also not helped the situation.

He, however, noted: “I believe if they commit to the things they have promised to do, things will start getting better by the end of the year”.


Fuel prices have kept rising in Ghana for the past few months crossing the $1-dollar-per-litre mark.

The cedi also keeps losing its value against the US dollar and other major currencies of international trade.

According to Bloomberg, the Ghana cedi lost more than 18 per cent of its value to the dollar in the first quarter of the year making it the worst-performing currency on the African continent.

This means people are having to spend more money to buy either the same quantity of items than they did a few weeks and months back due to the combined effect of the depreciating cedi and spiking inflation.

Furthermore, the international market has closed its doors to Ghana as far as borrowing is concerned since the country’s books do not look good.

As of December 2021, Ghana’s debt stock was ¢351.8 billion, the March 2022 Summary of the Economic and Financial Data by the Bank of Ghana (BoG) revealed.

The current debt stock is about 80.1% of the country’s Gross Domestic Product (GDP).

The Summary indicated that about ¢730 million fresh loans were added to the total public debt stock in December 2021.

However, the debt-to-GDP ratio of the external debt was equivalent to 38.7% of GDP.

The cedi component shot up by ¢6.3 billion, primarily due to the decline in the value of the cedi to the dollar during the period.

Both Moody’s and Fitch downgraded Ghana’s economy a couple of months ago as a result of the bad books of the gold-, cocoa- and oil-producing West African nation.

As part of measures to arrest the slump and infuse some oomph into the economy, President Nana Akufo-Addo’s government recently announced certain austerity measures and business-boosting policies which included the opening of the country’s land borders that had been closed for the past two years as a result of the pandemic.

A one-sided parliament, also, recently passed the controversial electronic transaction levy which imposes a 1.5 per cent tax on some digital transactions.

The President has already assented to the bill.

Speaking to the BBC’s Peter Okowche about the prevailing economic situation in the country under his watch, President Nana Akufo-Addo said: “The world is going through very difficult times. Ghana is no exception, Nigeria is no exception”.

“There is no country in the world that has escaped the ravages of COVID-19”, he insisted, adding: “What you need to look at is the elements being put on the ground that look beyond the Russia-Ukraine war.”

The economy, he noted, “has gone through very difficult times. I can quote statistics of the US and UK economies but they will not serve a purpose. It is a phenomenon that is going on which has made life difficult,” Akufo-Addo explained.

He said: “In Ghana, the recovery programme we have is very credible and that is what is going to give us the opportunity to come out of this period a stronger economy, and it is that future we are looking at. The digital economy is emerging as the biggest economy in the country and for a long period, it has not had any tax at all, so it is important that it also comes into the net”.

…Against govt over Akufo-Addo’s chartered flights

Ranking Member on Parliament’s Foreign Affairs Committee has threatened to stage the biggest demonstration ever against government over President Akufo-Addo’s use of private aircraft for his foreign trips.

Mr Samuel Okudzeto Ablakwa said the President’s trips were  having an adverse effect on the public purse.

In a Facebook post, Mr. Ablakwa noted that the protest would take place if the President refuses to use the Presidential jet for his trips between Thursday, April 7, to Friday, May 27.

According to the North Tongu MP, May 27, is imperative as it marks exactly a year since he commenced his publications on the “Sky Bath Scandal” involving the President.

“We wish to serve notice that since next month —precisely, May 27, will be exactly a year when I first published revelations on what has become widely known as the “Sky Bath Scandal” — if between now and 27th May, 2022, President Akufo-Addo once again abandons Ghana’s Presidential Jet and charters an ultra-luxury US$18,000 an hour executive jet, we will and are absolutely ready to stage what shall be the biggest demonstration ever to hit his government. Notice is hereby served,” he wrote.

In his recent update, Mr Okudzeto Ablakwa indicated that President Akufo-Addo once again “dispatched his favourite obscenely extravagant LX-DIO executive jet back to Paris, France as he returned to Accra last night aboard a Boeing 777-236(ER) British Airways commercial flight with call sign BAW81 at 8:10pm.”

The MP said it cost the country GH¢3.5million to cater for President Akufo-Addo’s trip.

Mr Ablakwa noted that such huge expenditure is unacceptable for “a supposedly broke West African nation which only recently announced major expenditure cuts.”

He described government initiatives announced by Finance Minister Ken Ofori-Atta as merely cosmetic and not intended to be complied with by “an obstinate oligarchic President.”

Meanwhile, the North Tongu MP has accused government of evading accountability to Ghanaians over the huge cost of foreign trips taken by the President.

According to Mr Ablakwa, the “hiding at a Usain Boltic speed” has been happening for 11 months.

Nonetheless, he assured that “in a modern democracy – transparency and accountability are not optional choices but an obligation.”

“We shall continue to demand total and absolute accountability,” he added.