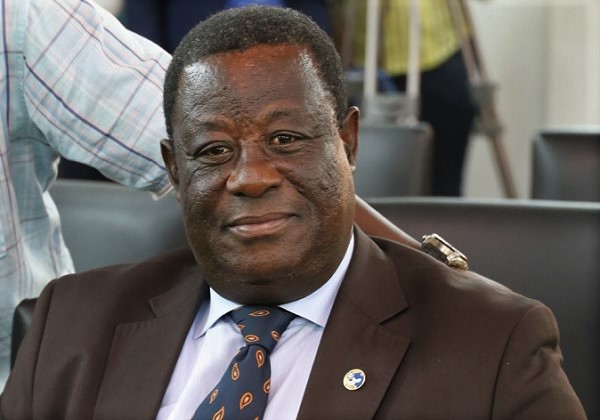 One critical issue that has bugged many Ghanaian political administrations is how to discourage the disabled or People Living With Disabilities, (PWDs) from begging for alms on the streets.

Although there had been attractive proposals to make the streets unattractive to many physically impaired in the past, the implementation of such, had been a mirage.

That notwithstanding, the current administration took a firm decision to break the cycle by first, engaging many of the disabled in some gainful employment. It was a decision that called for critical examination of the peculiar circumstances of the disabled and place them accordingly.

The consensus arrived was that many of them could help with the collection of toll fees on many of the country’s roads. Agreement was thus reached between the Ghana Federation for the Disabled (GFD) and the Ministry of Roads and Highways to get many of the PWDs employed at the road toll collection locations.

The physically impaired who qualified under the circumstance, were hired by the Tolls & Routes Management Limited, (TRM), a private owned company contracted by the Ministry of Highways to manage the country’s toll system on our roads.

Based on their unusual situation, TRM mandated a staff member, Doris  Ndebugre, to serve as the coordinator and a liaison between the TGM and Disabled Federation, to get the physically impaired, who could manage the toll without much difficulty.

Many of the PWDs raised issues concerning their work place designations and urged their roaster-scheduling officers to take into consideration, their peculiar circumstances and consider placing them at toll areas that were closer to their homes. But the hiring company would not heed to their plea.

Some of them also detected that most of the toll cuing machines were faulty and were given the assurance by TRM management that the issue would be addressed immediately. The TRM management, however reneged on the promise, The Today newspaper established.

According to Rashad Mohammed, a disabled toll booth attendant, the faulty machines could not cue correctly ticket sales for the day and that “resulted in the inability of some of our colleagues not meeting their daily, weekly or monthly targets”.

It was on the basis of the target failure that 20 of the PWD employees had their appointments terminated. Rashad Mohammed however disagreed with that decision: “Their allegations are not true. Their systems are not accurate, their machines are faulty and they are pushing the blame on us”.

The 20 PWD staff of were dismissed in January 2020 and although they’ve tried to get the attention of TRM management to at least listen to the grievances, they’ve not been successful. The uncooperative attitude of the leadership of TRM compelled them to seek redress from the media.

However, Samuel Eshun, the Operation’s Manager of TRM refused to comment on the issue, when Today got through to him for his comment; instead he threatened to take the paper to court, if we dare publish the story. Obviously upset by our inquisitions, he barked at us “go and talk to Doris”.

But who is Doris ? Samuel Eshun would not oblige us the identity of the said lady. That notwithstanding, Today managed to get to Doris and this was her take on the matter “I am only the coordinator who helps with the recruitment of the PWDs; I am not part of management and I don’t take decisions in the company. Matters relating to this can only be answered by Mr. Eshun, the Operations Manager”

The paper also discovered that the directive by the Ministry of Roads and Highways that 50percent of PWDs should be employed by the toll management company was flouted with impunity by TMA. There is also no insurance policy for the PWD’s; and as well, no SSNIT cover.

This newspaper also established that the first punishment-call, for those workers who TRM claimed, failed to meet their targets, was to suffer salary deductions. Ironically, when their targets are increased through over-time hours, their salaries remain same.

The extra working hours normally occur when some of the staff are on suspension and their colleagues are asked to fill in the void. In most cases, the overtime work is in the night, and although nothing of the sort was stated in their employment letters, the PWDs agreed based on mutual respect and trust for the TRM management; and in anticipation that they would be given some extra allowance at the end of the month.

In the opinion of Rashad Mohammed, the action of TRM was pre-meditated because some management team members of the company “reluctantly agreed to employ us”, arguing that “the faulty machines looked like a trap that we fell into so easily to warrant the sacking of some of us who they claim could not meet our targets.

Today found out that each disabled toll tracker has a target of GH2000 daily. Further investigations revealed that there was a high-powered meeting involving stakeholders of all three parties who are involved in the toll collection exercise to find a resolution.

But, according to the dismissed disabled workers, before the outcome of the said meeting was to be made public, their positions had already been filled with others because they claim “we have taken the issue to a radio station. Today’s reliable sources revealed that the said meeting was attended by the Public Relations Officer of the Roads and Highways, the management of Tolls and Routes Management Limited and the Ghana Federation of Disability Organization.

The outcome of the meeting was that the affected individuals refund all monies they could not account before they would be re-considered for any available vacancy.

“We were asked to come and pay the debt, so that if there is vacancy they will push us there. But they replaced us immediately they asked us to go home. We are not happy with that because we never took anything from the company”, Rashad who acted as the spokesperson for the dismissed group noted.

“We have evidence that shows that their system is faulty. And also there are CCT cameras in the booths, outside the booths, as well as the roads, so we want them to provide content of the camera to prove who is telling the truth”, Rashad further stated.

The People Living With Disabilities’ is therefore calling on the agent company to provide the proof or evidence that “we are the cause of the variances”.