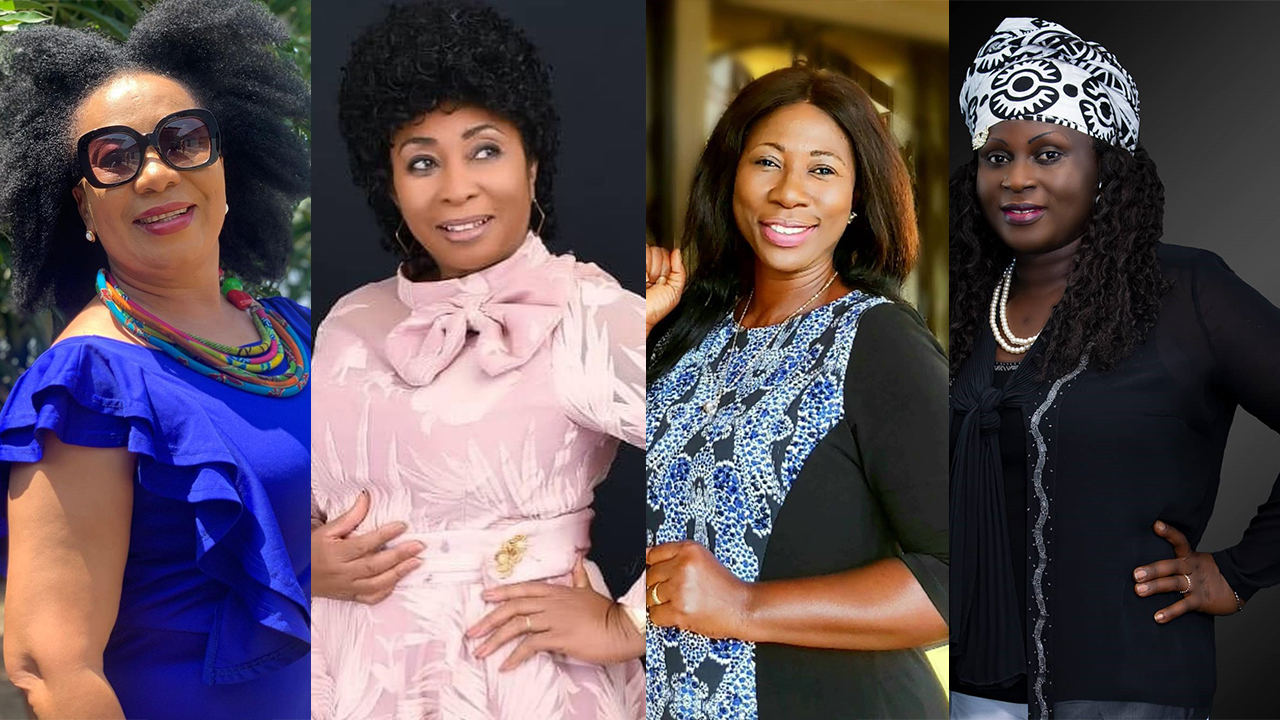 Cindy Ama Thompson’s success in the gospel scene is very young but nonetheless, very remarkable. She shot into fame with her amazing album, Cindy’s Messiah with her hit, Awurade Kasa, captured the number one position of the Ghanaian music charts for months. Her efforts have been rewarded with several Ghana Music Awards.

Cindy’s talent of composing songs started before she was eight years old. As a reserved person, she used to compose songs and sing all day long to console herself. Her parents use to take her to their church, the MDCC at Dansoman.

There she joined the church choir and was later sent to the national choir of the church. She was an alto singer who used to sing solo when the choir performed at functions, church choir competitions and at church services.

In 1996, she started working on a personal album and by February 1998, she had completed the demo for her first album, Onokwafo Nyame. Shortly after launching her first album, Cindy began preparing for her second album, Cindy’s Messiah which was released in August 2000.

She performed at the Festival International- Gospel and Racines 2003 at Cotonou and Oguidah, both in Benin. Her participation in this festival was the result of her winning the Gospel Song of the Year at the Ghana Gospel Music Awards.

The festival brought together gospel and secular musicians from all over the world. Groups from the USA, France, UK, Canada, South Africa, Nigeria, and Togo took part. She has also received a National Award from President Kufuor for her contribution.

In the 1980’s when gospel music in Ghana really took off, it wasn’t about money or fame but was about how to bring revival to the country.

It was the time that charismatic churches were beginning to develop and so we didn’t have the luxury of the big buildings and sophisticated instruments that are abundant today.

Stella was born to Mr. Theophilus Seal of British and Cameroonian parentage and Madam Violet Addo from Anum Boso in the Eastern Region of Ghana.

She furthered her education at Accra Polytechnic, where she trained as a secretary after her GCE ‘O’ levels in 1981 at the City Secondary and Business College at Caprice in Accra.

Gospel Queen Esther Smith was born at Suame – Magazine, an industrialised area in Kumasi Ghana, the capital of the Ashanti Region in the mid-70’s. At tender age of 14, she grew more into music industry as independent artiste.

After her secondary education, she attended Garden City Computer Training and Typing School and the School of Languages both in Kumasi.

Esther joined the Tanoso Methodist church choir at the tender age of 14 and that was when she grew more into music.

She joined the House of Faith Ministry in 1990 and later became a member of the church choir, Voices of Faith. She again joined a singing group set up by Kapital Radio a private radio station in Kumasi.

According to Esther, she started writing her songs after she had joined the Voices of Faith Choir in the early 1990’s. Ironically, the first song she wrote and which she calls Ewurade Wo Din No Hyeren is still in her drawer.

Notwithstanding the difficulties she went through in her quest to release her maiden album, Gye No Di, Esther made a break through when she had support from Ankobea Music Production.

She said Gye No Di, the title song of her maiden album which took three awards at the 2003 GMA explains the difficulties and hardships she went through before the album was released. The awards were the Gospel Album of the Year, Gospel Artiste of the Year and Best Female Vocal Performance of the Year.

After this achievement, Esther did not give up the challenge but kept the pace and reaffirmed her superiority in gospel music by clinching the Best Gospel Album of the Year, Best Song of the Year and the Best Album of the year at the 2004 GMA.

Esther is the director of the Esther Smith Printing Press and Music Production is Kumasi.

Mary Ghansah (born May 13, 1959) is a veteran Ghanaian gospel musician and ordained reverend minister. She is best known for her worship career which spanned over 40 years.

Mary, was born to Mr Joseph Ghansah and Madam Elizabeth Anderson in Tema. She is the eldest among five siblings

At an early age of 15 years, Mary begun her music career by joining the singing group of Power House Evangelistic Ministry. Other ministrations over the years with para-church organizations and on her own in Ghana, other African countries (Cote d’Ivoire, Togo and Nigeria) and internationally (in United States of America, France, the Netherlands, Belgium and England), have influenced her music career Mary is currently credited with over 20 albums, some of which are her own and others classified as spiritual songs from orthodox, Pentecostal and charismatic churches across the nation.

In 2017, Mary was awarded with the Evergreen Gospel Honour by MUSIGA. She later received a Lifetime Achievement Award in 2019 at the 20th edition of the Vodafone Ghana Music Awards