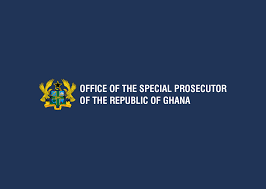 The  Office  of the Special Prosecutor (OSP)   has   been moved to to a new location at South Ridge in Accra.

This new office is a 10-storey complex for the GETFund, which was allocated to the OSP on the orders of President Nana Addo Dankwa Akufo-Addo in 2019.

The building, which is located near Parliament House, was to serve as the Head office of GETFund.

The office had previously operated from a three-bedroom building at Labone in Accra.

The inadequate office space and staff had been criticised by the previous Special Prosecutor, Martin Amidu.

Martin Amidu had been offered a two-storey building close to the International Press Centre on the Gamel Abdul Nasser Avenue at Ridge, but said it was not up to standard at the time.

Mr. Amidu, in an August 3, 2020, letter to the Chief of Staff, even claimed it was his efforts that led to “serious remedial works” on the building.

He had rejected keys to a new building and returned them to the Chief of Staff, Akosua Frema Osei-Opare.

At a point, renovation works on the building were halted by the Accra Metropolitan Assembly because of the absence of a permit.
The office was at the time expected to have about 230 staff when fully functional.
Parliament passed the law to establish the Office of the Special Prosecutor in November 2017.
The office is mandated to investigate and prosecute cases of alleged corruption and corruption-related offences under the Public Procurement Act, 2003 (Act 663).