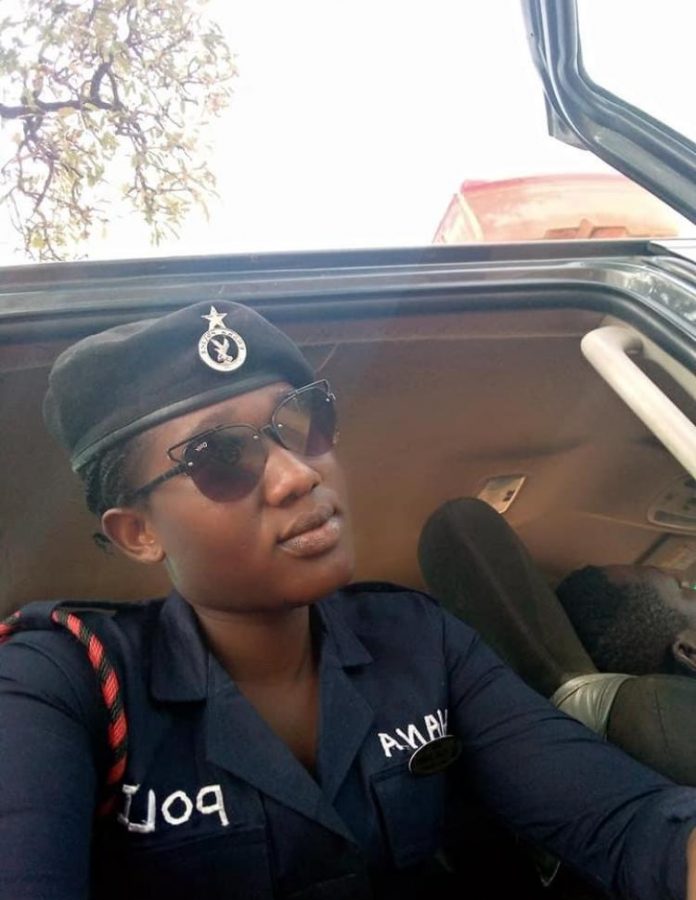 The Savannah Regional Police Command has disclosed that it will hold a week ceremony in memory of the late Sandra Asiedu,the 27-year-old police Constable who was gruesomely murdered in her room at Damongo in the West Gonja Municipal of the Savannah Region.

The memorial ceremony which is intended to celebrate the life of the young police officer is scheduled to take place on Saturday, August 7,2021,at the forecourt of the Regional Police Headquarters at Damongo in the Savannah Region.

This disclosure was made when executives of the Damongo Youth Parliament(DYP) paid a courtesy call to the Regional Police Command to commiserate with the police on the regrettable loss of their colleague.

Deputy Superintendent of Police, DSP Mr.Joseph Onso-Nyameyeh, who received the team on behalf of the Regional Commander used the opportunity to extend an invitation to the youth parliament to come and mourn with the police fraternity on the said appointed date.

He confirmed that the mortal remains of the late Sandra Asiedu has since been conveyed to her home town in Obuasi pending the final funeral arrangements by the family for inhumation.

The executives of the Damongo Youth Parliament(DYP), whilst sympathizing with the entire police service in the region, assured the police of their full support, especially in this trying times, adding that,the death of the late police Constable was a big blow to the entire region since she was rendering service to all humanity.

The late Sandra Asiedu,a 27-year-old police constable was gruesomely murdered in her room at Damongo allegedly by her jealous boyfriend who is currently on the run.

It is widely rumoured that the emotional boy lover of the late police officer,identified as Louis Asante alias Gargo,caught her pants down in her room with a millitary officer also stationed at Damongo and couldn’t stand the pain of cheating.

The body of the late Sandra according to police report, was discovered on Monday, August 2,2021, eventhough the incident is believed to have occured earlier on.

It took the intervention of the landlord of the late police officer to detect the reek from the room hitherto occupied by the late Sandra, who then reported the incident to the police.

Superintendent Mrs Sheilla Kessie Abayie- Buckman revealed that the body of the victim was found in a pool of blood after they followed-up on the landlord’s report with deep wounds believed to have been inflicted with a knife at the time of discovery.

Police in Damongo has since launched a manhunt to find Louis Asante who it is alleged attempted suicide after allegedly killing his lover with the blood inscription,”We die together”.

Meanwhile,the Member of Parliament for the Damongo constituency,Abu Jinapor has set aside an amount of Ghc10,000.00 for any person (s) who would volunteer information leading to the arrest of the suspect.