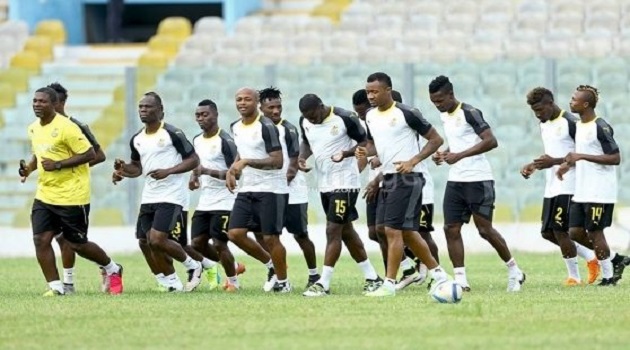 The 43-year-old is back to take up the role he lost in 2019 after the Black Stars’ poor Afcon campaign.

Former Ghana goalkeeper coach Richard Kingston has been reappointed to take up the role he lost in 2019.

He replaces Najawu Issah, the man who replaced him two years ago, and who has now been re-assigned to the Ghana home-based Black Stars side.

The ex-Birmingham City shot-stopper was first handed the position in 2017.

“The Ghana Football Association has appointed former International Richard Kingston as Goalkeepers trainer of the Black Stars,” the GFA has announced on its official website.

“The 43-year-old replaces Najawu Issah who has been reassigned to the Black Stars B.

“He [Kingston] is expected to bring his rich vein of experience to bear in upcoming International competitions.”

Kingston, who played for Ghana between 1996 and 2012, graduated into a coaching role in 2017 after a spell with local side Great Olympics.

In his first technical stint, and as head of Ghana’s goalkeeping department, Kwasi Appiah’s Black Stars squad produced a disappointing performance at the 2019 Africa Cup of Nations finals in Egypt, failing to reach the quarter-final of the competition following a Round of 16 defeat to Tunisia.

It was the West Africans’ first time failing to make the last eight since 2006.

Following the underwhelming outing, the GFA decided against extended Appiah’s expiring contract and went on to dissolve the entire Black Stars technical team.

“I am always grateful to have had the opportunity to serve the national team as the trainer for goalkeepers but what hurt me was the manner in which my appointment was terminated,” Kingston said last year.

“I received a WhatsApp message on one Monday from the GFA to furnish my CV and certificates. I did that and never heard from the GFA again.

“The next thing I heard was that the technical teams of national teams have been dissolved. This is not how things should be done. It really hurt me.”

His first assignment with the Black Stars, now led by coach CK Akonnor, will be to secure wins against Ethiopia and South Africa when the 2022 World Cup qualifiers open in September.