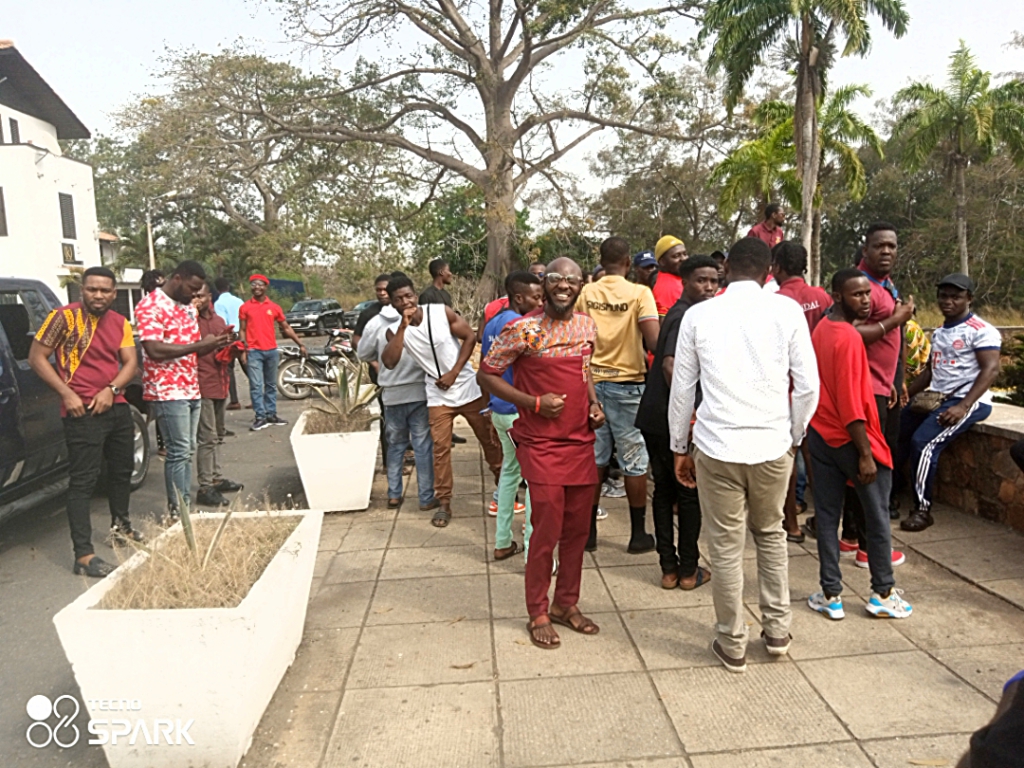 There is heavy security presence on the University of Ghana campus as Old Vandals are massing up to protest against the University Management’s decision to eject continuing students from the Mensah Sarbah and Commonwealth halls.

The Old Vandals Association converged on campus Tuesday  morning to give solidarity to current students against what they called  the victimisation of the students by the school’s management to eject them from the traditional halls.

A few days ago, the University Management issued a statement revoking the tenancy of continuing students from the two halls.

According to the decision, all continuing students of the Commonwealth Hall, an all-male hall of residence, and continuing male students of Mensah Sarbah Hall will not return to their halls nor to any of the traditional halls.

“They are to be randomly assigned to available rooms in any of the UGEL and private hostels,” the communiqué on December 14, 2022  said.

Aggrieved students said  this is the latest attempt by the school’s Management to weaken student activism on the campus.

Meanwhile Graduate Students’ Association of Ghana (GRASAG) has rejected  the Ghana Tertiary Education Commission’s (GTEC) 15% increment in fees in all public universities for the 2022/23 academic year.

GTEC last week directed tertiary institutions to review fees for the next academic year by a maximum 15 percent increment.

A statement issued by GRASAG said, “GRASAG members all over the country have been hit hard by the economic downturn, and an increase in university fees, we believe will exacerbate the situation”.

According to GRASAG, some tertiary institutions have released provisional fees above the approved 15% increment, adding that some members of the Association are likely to drop out of school over their inability to pay the fees.

To this end, GRASAG called on the government and GTEC to engage stakeholders including student unions before implementation of the approved fees.

“Some universities have increased their fees above the 15% approved rate by Parliament. GRASAG is by this release calling on government and GTEC to halt the implementation of this increment indefinitely to allow for further engagements with relevant stakeholders including students unions,” the statement stressed.

It, therefore, threatened to oppose any attempts by any university management to impose the increment fees on students without extensive stakeholder engagements.