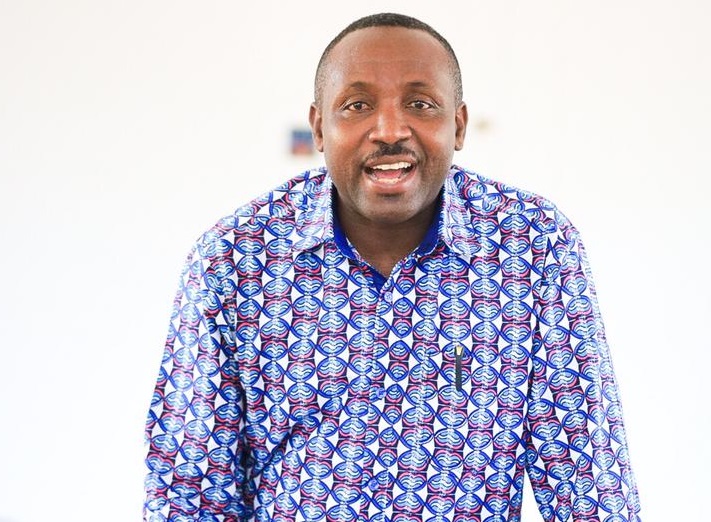 NPP regional elections represented a collective massive step towards the ultimate NPP presidential nomination which date, is slated for late this year; or early next year. And the date for the all-important but one process to the ultimate NPP selection exercise happened, May 28th, 2022. In the various regional capital cities of the country, the NPP held congresses to elect its regional executives.

Ahead of the regional congress, The Today newspaper’s sleuthing hounding suggested that the campaign messages of many regional executives, especially that of the Ashanti Region were skewed towards tribal trumps. Supporters of national executive and presidential aspirants also joined in the fray, This political experts suggest must be overcome if the party is to gain national strength.

The Majority leader, Osei Kyei Mensah Bonsu might have opened the Pandora box for what many may be nursing underground to now become an open secret. Most people may shy away from discussing in the open the issue of tribe or ethnicity.  Osei Kyei Mensah Bonsu went public that it’s time for the NPP to present someone of Northern extraction in the person of the sitting Vice President to be the 2024 presidential candidate.

Party stalwarts like Dr. Nyaho Nyaho Tamakloe, Boakye Agayrko, Kennedy Ohene Agyapongand others we gather believe the party has an inherent democratic order that ought to be strictly adhered to in such selection process and therefore anyone with the ambition of picking up any of the party positions, including that of the party’s presidential nominee, should be guided by some “established order”.

Top US based Ghanaian lawyer and political commentator, Prof Kwaku Asare, popularly known Kwaku Azar, is apparently worried a tribal card being played inGhanaian politics. He shared his concerns on the subject in his recent epistle from the US to the homeland.

Writing under the heading—Political and tribal bigotry are destroying Ghana, the learned lawyer opined what in his view has been “the dilution of Ghana’s politics from being based on ideological differences to bigotry,” adding that the “situation has become so frightening that the earlier it is remedied, the better it will be for the future of the country”.

In recent times, a former General Secretary of the NPP, Kwabena Agyei Agyepong also reiterated the purity of NPP’s internal democratic practice and advised against any attempts to replace that order with imposition. It’s almost an established norm that geo-politics, not tribal politics play such important role in Ghanaian politics. And although it’s almost an unstated convention, political parties are very careful in choosing its leadership, especially in the area of presidential ticket.

Others trace the history of the NPP’s antecedent, the United Party (UP) to buttress why the NPP should consider a Northerner as its presidential candidate in 2024.

The UP was an amalgamation or a coalesce of many splinter political parties in the 1960’s. They include J.B. Danquah’s Ghana Congress, the Northern People’s Party of S.D. Dombo and Abeyefa Karbo, Kojo Ayerke’s Trans Volta Togoland and Adamafio’s Gachefo Mo Kpei. Even in the case of the Northern People’s Party, the party earned the name because many splinter groups in Northern Ghana came together to form the party.

That explains why often, the purists within the NPP refer to the party as Danquah, Busia, Dombo/Abayefa Karbo tradition. So in the estimation of such bloc, the time was due for someone of the Northern Peoples Party divide to assume the presidential leadership of the NPP after the Busia bloc had led through J.A. Kufuor and Akufo Addo through the Danquah-Edward Akufo Addo gate.

However, there are others within the party that argue that the Vice President should contest the party’s flagberership position on merit and his contribution to the cause of the NPP in recent times, rather than relying on the history of his father or anyone of his tribesmen who helped with the formation of the parent NPP grouping—the United Party.

Indeed, none can underestimate the geo-political permutation in Ghanaian politics. Even at that it’s tele-guided mature and brilliantly so as not to hurt the sensibilities of others. There had been no occasion that one moved a blanket idea that one from a particular place of the country should run solely as presidential candidate of either the NPP or the NDC or any other political party. Not within the history of the 4th Republic.

The closeness we’ve become is most southern presidential candidates prefer candidates from the North to be their running mates and vice-versa after broader party consultations on the quiet.

Close monitoring by The Today Newspaper in the ongoing grassroots elections of the ruling party offer a clear manifestation that imposition and tribalism are taking the centre stage of the campaign messages of many of the party’s contenders for top positions, especially that of the party’s General Secretary position.

The potential for one to pick up any top executive position in the NPP as stated, hinges largely on the ongoing electioneering process. Majority of the party’s delegates who will vote both in the national executive and the presidential nomination of the NPP in August and later this year, are expected to be picked from such internal grassroots elections.

As the paper found out it, it does seem for the first time supporters of candidates do not feel restrained openly touting the tribal triumphs of their preferred candidates. It’s being considered ahead of the character strengths of such individuals or their personal achievements. There are those who even speak about how their tribesmen instituting the UP tradition, which off-spring, the NPP is one of the centre-piece of contemporary Ghanaian politics. It’s quite a brazen eye-sore for supporters of candidates from for instance Ashanti Region openly campaigning on the seamless tribal divide in the NPP.

“This is our time; it’s time we the Ashantis take over the NPP and nothing can stop us,” they chant with gusto. Such belief is traced to the Third Republican elections of 1979. In that elections, the Popular Front Party (PFP) which was the third in the lineage of the United Party (UP) split into two, due to a misunderstanding between two leaders of the party—Victor Owusu and William Ofori-Atta (Paa Willie).

The second in line of the UP tradition was Prof. K.A. Busia-Edward Akufo Addo Progress Party (PP) that won the 1969 Second Republican elections. The fourth is the NPP that currently occupies the seat of Ghana’s presidency. In the 1979 debacle, Paa Willie formed the United National Convention Party (UNC) to contest that year’s elections and although he could not win, many political pundits believe, the numbers of the veteran politician did a decisive blow to the chances of Victor Owusu and the PFP to pave way for PNP and a Limann victory in the ’79 elections.

Since then, the formation of the NPP has been running on what seemed an imaginary Paa Willie—Victor Owusu axis, which many NPP folks, especially those of the old order however believe is real.

J.A Kufour won the 2000 elections and the popular belief within the party was that the Asante—Victor Owusu faction, had taken over the NPP.  Nana Akufo Addo won in 2016 and since then, the popular refrain has been that the Akyems are the helm of the NPP.

History of NPP’s General Secretaries since 1992

That proposition however changes when the party has a sitting President who then assumes the leadership post. Such tribal bigots will not pay heed to any such institutionalized internal order. Their tribal zealousness is driven by their parochial interests and so why many Asantes believe the General Secretary position should go to their kinsman, there are others who quickly point to the successes or otherwise of the Asantes in the historical line of the NPP to suggest perhaps how Asante General Secretaries may not have helped much the cause of the NPP.

Agyenim Boateng was succeeded by Daniel Kwaku Botwe of the Akwapim-Anum tribe when the NPP won the 2000 and 2004 elections. Nana Ohene Ntow, also an Akwapim from the Eastern Region then took over the General Secretary of the NPP when the party, then in power contested and lost the 2008 elections. Kwadwo Owusu Afriyie, an Asante, then assumed the General Secretary position of the NPP after, Nana Ohene Ntow.

He could not secure the Ghanaian political plume prize for the NPP when the party lost in the 2012 elections. Attempts by Kwabena Agyei Agyepong, an Asante to resuscitate the fortunes of the NPP suffered still-birth. Under Kwabena’s successor, John Boadu, an Assin from the Central Region who operated in an acting General Secretary capacity, the NPP won both the 2016 and 2020 elections. With such obvious chronological events, how well does it serve the NPP to engage in such tribal juggernaut?