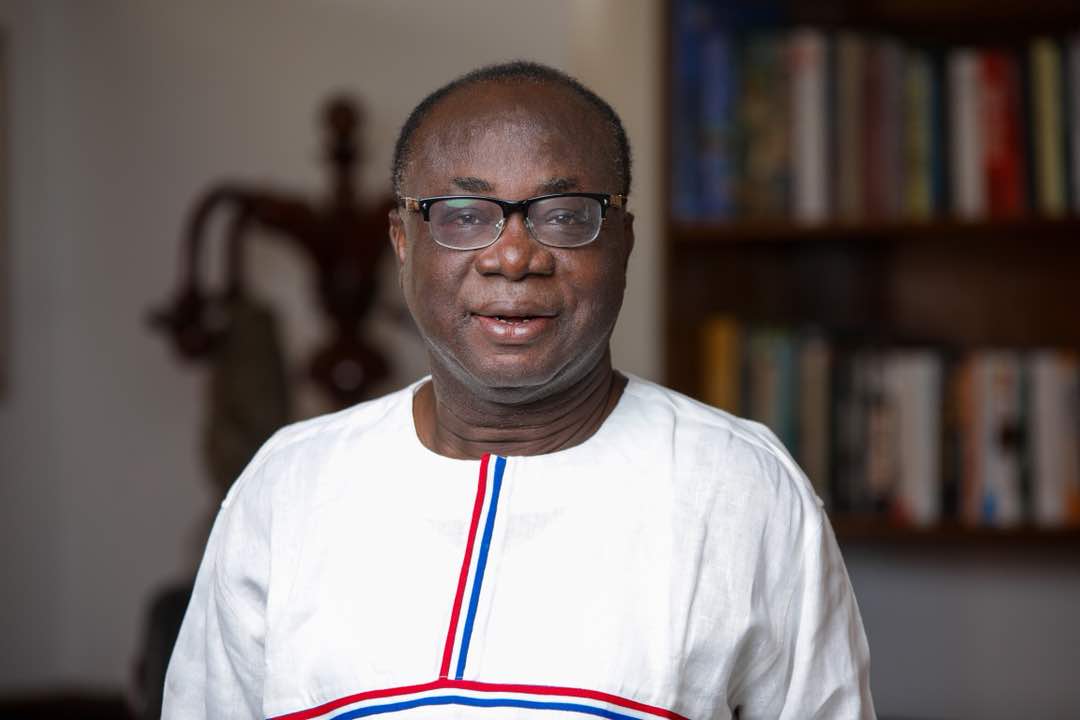 According to him, even though he does not support  the practice as an individual, he does not understand the public outcry and heightened discussions around the issue.

Speaking in an interview on Accra-based Asaase Radio,  which was monitored  by Today ,he expressed his reservations about the ‘hypocrisy’ surrounding the conversation about gays, and called for the practitioners to be left alone.

“I don’t subscribe to gayism. It’s a choice. Because I’m not attracted by them. But I don’t want to go into people’s bedroom. I don’t want to see what they’re doing. If people want to be gays, I think it should be their own problem.
I won’t go ahead to be a persecutor of those who want to be together as man and man, or woman and woman. I think there’s too much hypocrisy about it.

And we’ve been excited, emotions have been excited over it to the extent that we’re not sober over it. I honestly don’t see [what] the hullabaloo is all about. We should allow them”, he noted.

The comments by the NPP National Chairman havesince been greeted with mixed reactions from a section of the populace on social media.

While some have applauded his suggestions, others have criticised his opinion and accused him of wanting to deepen moral depravation in the country.

The issue about the legalisation of homosexuality in Ghana has been a thorny development in the country, with the population divided on its appropriateness.

Debates have been rife on both traditional and social media about whether the practice of LGBTQ should be tolerated in Ghana or otherwise.

For those rallying behind its legalisation, they have consistently argued that since it does not affect any other party, the practitioners should not be prevented.

On the other hand, the critics have stated that the practice of LGBTQ has the potential of eroding the country’s values and diluting Ghana’s distinct cultural heritage.

Meanwhile, sponsors of the Promotion of Proper Human Sexual Rights and Ghanaian Family Values Bill, popularly called the anti-LGBTQ Bill, are lamenting the delay in progressing the proposed legislation through Parliament.

A co-sponsor of the Bill, Emmanuel Bedzrah is demanding answers from the Constitutional and Legal Affairs Committee, which is currently deliberating on the proposal.

According to the Ho West legislator, the silence of the Committee on the Bill is too loud and must at least give an update to the House.
“Since we referred the Bill to the Constitutional and Legal Affairs Committee last year, we have not heard anything. Mr. Speaker, even when we resumed, we have not even seen any indication as to when this Bill will be presented before the House.

And we all know that our standing orders state that a Bill before the Committee should not go beyond three months”, he noted on the floor of Parliament on June 7.

On the back of this, Mr Bedzrah asked the Chairperson of the Constitutional and Legal Affairs Committee, Kwame Anyimadu-Antwi to explain to the House, reasons for the delay.

“We want to find out from the leader when this Bill will be presented for second reading and consideration for the Bill to be passed?” he quizzed.

Responding to the concerns, Deputy Majority Leader, Afenyo-Markin said the Ho West MP was “performing to people in the gallery”.

He noted that the MP should not accuse the House of delaying the Bill when the Committee has not brought any report.
According to Mr Afenyo-Markin, Parliament’s leadership cannot act until the Constitutional and Legal Affairs Committee concludes its public deliberation on the Bill.

“My colleague knows that the Bill has received a lot of memoranda and there have been hearings. So I believe that you would have to activate the process through the Committee, because as a House, we cannot programme a Committee when they have not brought their report to us.
So don’t let us do the blame game or do certain things for the optics and create the wrong impression about ourselves. Parliament works first at the Committee level and second, the plenary. We have made a referral to the Committee made up of both Majority and Minority, so if you’ve not brought the report don’t come and accuse the House of delaying the Bill”, he stated.

In August, 2021, eight parliamentarians jointly submitted a Private Members Bill to push for the criminalisation of Lesbian, Gay, Bisexual, Transgender and Queer (LGBTQ+) activities in the country.
The proponents also want the promotion, advocacy, funding, and acts of homosexuality to be forbidden in the country.
Since the Bill was made public, opposers have argued that should it be passed into law, it will be in violation of the fundamental human rights of individuals who identify with the group.
The Bill is currently with the Parliamentary Committee that has since called on citizens to submit documents stating their positions.
With over 124 memoranda from the public over the anti-LGBTQI+ Bill, the Committee has been occasionally holding public hearing on it.