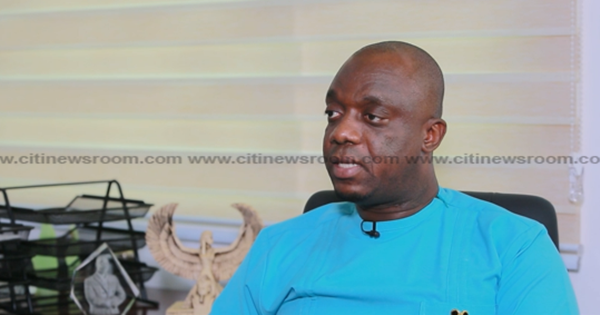 The New Patriotic Party has admonished the National Chairman of the National Democratic Congress, Johnson Asiedu Nketiah, to undertake reforms that will help the NDC get rid of its addiction to violence.

Addressing a press conference on Wednesday, December 21, 2022 General Secretary of the NPP, Justin Frimpong Kodua, said Mr Asiedu Nketiah’s first task as national chairman was  to help the NDC shed off its violent tag and respect the laws of the country.

“We wish to use this occasion in the interest of the nation to admonish the Asiedu Nketiah-led National Executives to take steps to reform the NDC and get rid of the Party’s addiction to violence.

“John Mahama was right then, and he is still right today, no political party can match their records when it comes to political violence. We, in the NPP, can certainly not compete with the NDC in unleashing violence, and we do not intend to give this an attempt. It is thus an established fact that the NDC has no regard for the nation’s laws.

“It is not surprising that as we speak, the Ghana Police has declared as most wanted, sixteen (16) thugs of the NDC for their violent conduct at the just-ended Youth and Women Congress of the Party which was held in Cape Coast on Saturday, December 10, 2022, and resulted in some of their thugs and supporters sustaining life-threatening injuries while several properties were destroyed.

“They virtually turned their congress into a war zone. We encourage members of the general public to assist the police with information that will lead to the arrest of these NDC vigilantes to make them face the full rigours of the law.”

The NPP  also called on Ghanaians to commend President Nana Addo-Dankwa Akufo-Addo and his government for taking steps to address the challenges that confronted the economy.

“I must admit that these developments may not entirely address the prevailing socio-economic conditions in the country, we do believe strongly that they may offer a sigh of relief for Ghanaians as we approach the festive season, and we must praise this government.”