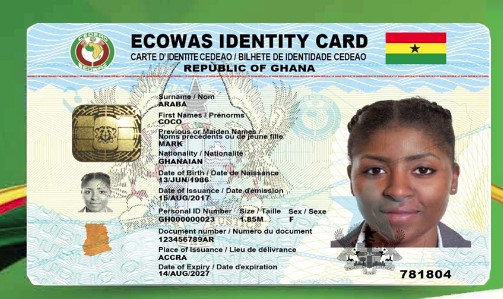 The Controller and Accountant General’s Department (CAGD) has put on hold its  decision not to pay public sector workers if they do not have a Ghana card.

Government workers risked forfeiting their December 2021 salaries per an initial directive from the CAGD.

The move was said to be part of the government’s   efforts to deliver a speedy, secured, and verified payroll service to government employees and pensioners while reducing the risk of undeserving payments or claims.

But the government through consultations with the Ministries of Employment and Labour Relations,  Finance, and the Account General have backtracked over concerns raised by labour unions.

In a communiqué issued after a joint meeting on yesterday and issued to the media, the two ministries  asked the CAGD to “port the names of public sector workers in their existing databases onto the NIA platform and thereafter inform the various institutions of any unregistered staff that may exist.”

With this latest intervention, the December ultimatum given to workers on the government payroll to acquire Ghana cards before receiving their pay is no longer going to take effect.

However, the communique’  advised state institutions to encourage their staff members to register with the National Identification Authority (NIA) to secure the Ghana card as soon as possible.

There have been agitations by a section of government workers and unions since the Department issued the directive on Tuesday, October 12, 2021, with some asking the Controller and Accountant-General to reconsider the directive and withdraw it completely or have the deadline extended.

According to organized labour, the NIA should bear the responsibility of capturing government workers on its database and not compel them to secure the cards.

They insisted that the decision is a lazy approach towards addressing lapses in the government’s payroll system.

The National Identification Authority however justified the directive, saying, it was a step in the right direction.

Earlier, the CAGD said it would  not withdraw its directive.