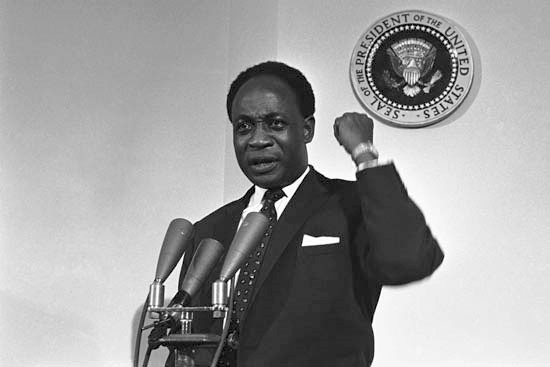 Ghanaians over the world yesterday marked the 112th birthday of their first president the late Osagyefo Dr Kwame Nkrumah.

Many people both young and old took to social media to celebrate him with the hashtag Kwame Nkrumah Memorial Day.

After leading the Convention People’s P arty (CPP) to victory to form a government, he became the leader of government business in 1951.

The move, eventually led Ghana, formally the Gold Coast to independence from British rule in 1957.

As the leader of the country, Dr Nkrumah led massive socio-economic development that resulted in a number of infrastructural projects, including the construction of the Akosombo Dam, the Tema Motorway, among other projects.

He said although the New Patriotic Party  (NPP) did  not believe in the ideology of Kwame Nkrumah nor did  they believe in socialism, they had come to respect and understand the critical role of the late Nkrumah.

He insisted that Dr. Kwame Nkrumah was the primus inter pare of the struggle for independence.

He said it was without challenge that Dr. Nkrumah led the struggle for Ghana’s independence.

He added that without him, Ghana would not have attained independence.

He made these observations on  Rainbow Radio yesterday.

Mr. Kwaku Darko said the historical fact could not  change and the role of Nkrumah must not be skewed for any reason.

To him, the late Nkrumah was the father of modern Ghana and for that reason, he was cherished in several countries across the globe.