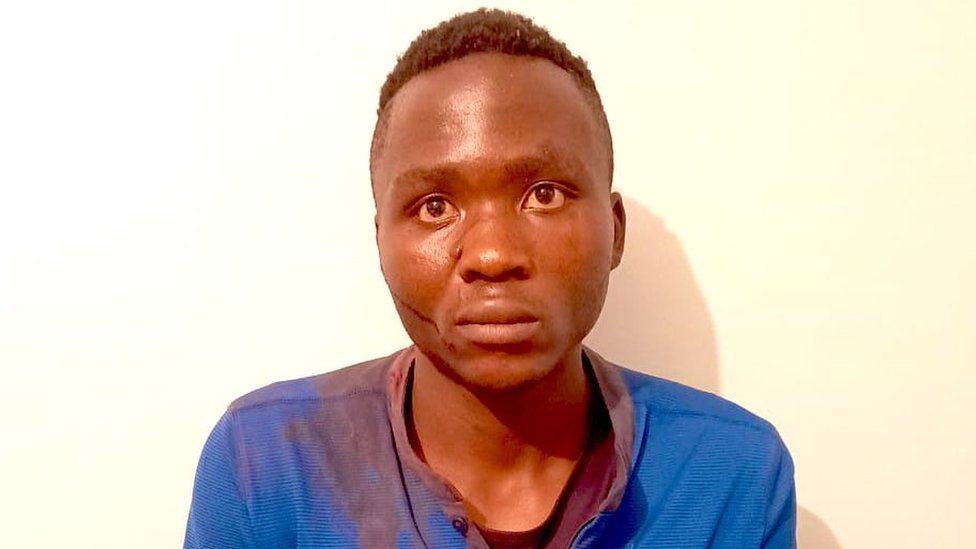 A mob in western Kenya has killed a self-confessed serial killer who escaped from custody two days ago, police say.

Masten Wanjala, 20, was traced by villagers to a house in Bungoma town and beaten to death, they say.

Authorities had launched a massive manhunt for the fugitive who admitted to killing more than 10 young boys during a five-year period.

He also confessed to drugging them and in some cases drinking their blood.

He reportedly returned to the home of his parents – who have disowned him – and was subsequently strangled by neighbours who found out he was there, an eyewitness told Kenya’s Standard newspaper.

He tried to stave off suspicious locals by moving to a nearby house, Bungoma’s police commander told the paper.

It is thought his family identified the body, although a police spokesperson said they are still doing “basic verification” to make sure the deceased is indeed Wanjala, according to Reuters news agency.

“We are not sure how he managed to travel all the way from Nairobi to his rural home,” Musyoki Mutungi said. “It is the curious villagers who first identified him and went ahead to kill him even before the police could be informed.”

The mother of one of the victims told the BBC she wanted to know why he did what he did.

“I would have loved to see him in court, so that I get to know why he did this – why he brutally killed our children and left us with pain,” Grace Adhiambo said.

The badly decomposed body of her teenage son Brian Omondi was one of four recovered by police on the outskirts of the capital Nairobi in July.

A post-mortem carried out by the government pathologist showed they had been strangled and hit on the head with a blunt object.