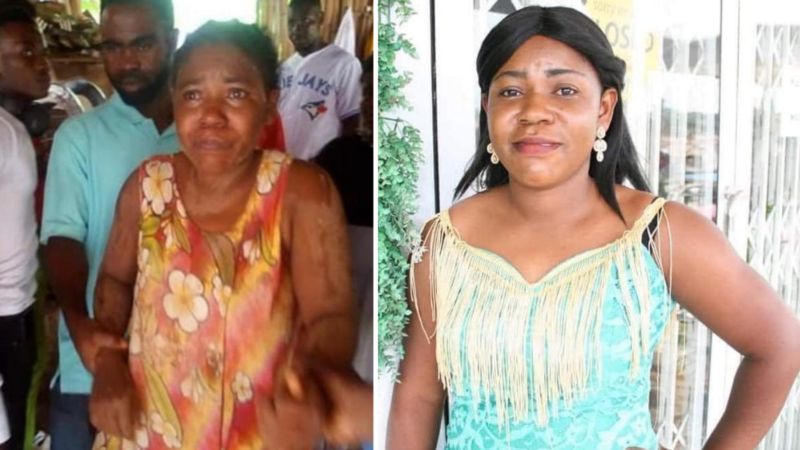 *As police declare her suspect in self-kidnapping probe

‘Missing’ Takoradi pregnant woman, Josephine Panyin Mensah has found herself on the wrong side of the law.

The 29 –year-old woman according to the police was never pregnant before her disappearance as it was made to believe.

This comes after Western Regional Minister, Kwabena Okyere Darko-Mensah made similar comments which triggered an uproar among some residents in the Sekondi.

Police have conducted investigations since her reappearance on September 21, with preliminary findings pointing to a suspicion that the victim and her cohorts could have orchestrated the incident.

In a statement issued by the Police’s Public Affairs Directorate and copied to the media, medical experts have found that Josephine, who they now describe as a suspect, “was never pregnant within the period under review.”

According to the statement, this was the conclusion reached by health officials at the Axim Government Hospital, where she has been receiving care after her reappearance.

In the police’s account, the victim indicated that she visited the European Hospital in Takoradi for antenatal assessment during interrogation.

However, Police checks from the facility suggested  that Josephine “visited the hospital without pregnancy, somewhere in October last year.”

It was not clear what could be the rationale behind the incident.

But the Police suspect a possible conspiracy and have arrested three other persons for further questioning.

Meanwhile, the statement signed by the Director-General of the Police Public Affairs Directorate, ACP Kwesi Ofori, also expressed concern over a seeming surge in “self-kidnapping” in the Western Region in recent times

Many of these, the statement said, were executed to “make money out of ransoms.”

The Police further assured that public of its continued investigation to bring closure to the matter while ensuring the safety of Josephine Mensah.

Meanwhile some angry residents in Takoradi have rejected reports by the Ghana Police Service Josephine Panyin Mensah faked her pregnancy and kidnapping.

They also expressed dissatisfaction over the arrest of Josephine’s mother, husband and one other person as accomplices in the alleged self-kidnapping case.

Clad in red, neighbours of the victim, who has now been declared a suspect, chanted war songs and rained curses on various authorities for making such claims.

But the agitated residents of Sekondi who spoke to the media, insisted that Josephine was over nine months pregnant before her mysterious disappearance.

According to them, the Police had  not visited the neighbourhood as part of their investigation.

When Josephine disappeared, we took the right steps and went to the appropriate authorities to report the case and ask for their intervention. But now that she has been found they are attempting to accuse her of being untruthful.