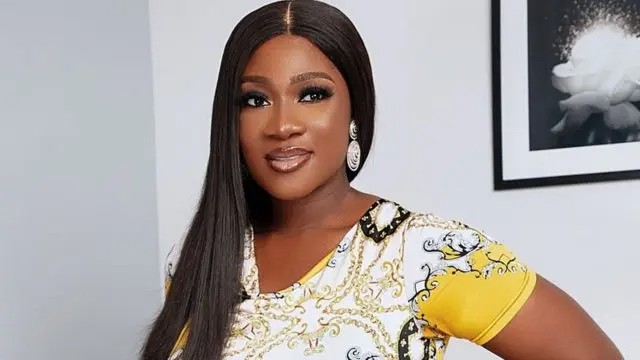 Nollywood actress Mercy Johnson has debunked rumours that she was diagnosed with cancer.

This comes after a clip from her cooking show, Mercy’s Menu, in which she spoke of having a cancer scare went viral.

Taking to Instagram, the actress said that people took her out of context noting that she does not actually have cancer.

Mercy Johnson said that she had a cancer scare after developing a had a lump on her neck. Following examinations, doctors felt it was serious but it has been taken care of.

“But, I do not have cancer. I noticed that a clip from my TV show, Mercy’s menu, has been flying around and I think they cut the clip. I had a cancer scare, it means that I had this swelling on my neck and my doctors felt it was something serious. I had problems with my thyroid, I am perfectly okay.”

The actress said that she was thankful to fans who have been checking in on her after they heard the rumours.

Mercy Johnson assured them that she was fine adding “the phone has been buzzing like crazy, I am perfectly fine and I do not have cancer.”

“Go back and watch the clip, it was completely misunderstood, I am fine, I do not have cancer in Jesus’ name, thank you guys so much,” she stated

Johnson is a Nigerian actress, politician and entrepreneur.

The 38-year-old actress made her debut in the Nollywood industry in 2003, when she featured in a movie titled ‘ The Maid’ which brought her to the limelight.

The mother of four has starred in over 200 movies which include ‘Dumebi the Dirty Girl’ ‘Corporate Maid’, ‘Desperate Ladies’, ‘Heart of a Figher’ among others.