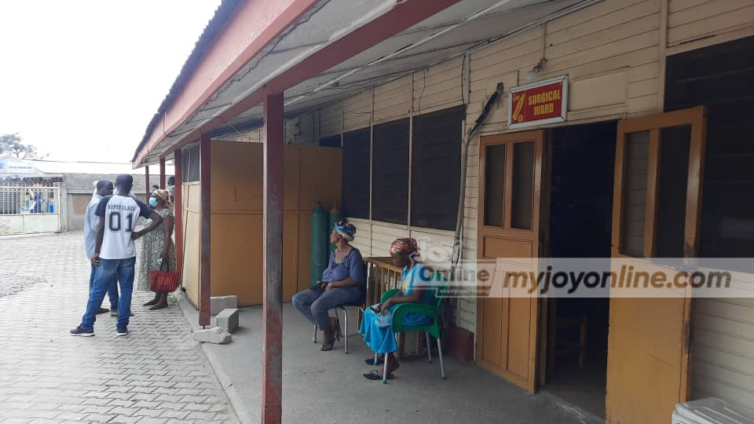 Some patients at the Manhyia Government hospital are being discharged as nurses begin their indefinite strike action demanding the dismissal of the Ashanti Regional National Service Secretariat (NSS) boss.

This comes after the expiration of the 72 hours deadline they had issued for the immediate removal of Alex Opoku-Mensah from his post for “misconduct”.

Relatives of some patients at the surgical ward have been asked to take them home until the nurses resume work.

The development has left some relatives stranded as they explore ways to transport their sick relatives to the house.

One of them told JoyNews that his father  was  very ill but they had been given medication to treat him at home.

The indefinite strike action is in protest of the Regional NSS boss, Alex Opoku-Mensah’s verbal abuse of a nurse at the Manhyia Hospital for the manner in which the healthcare provider spoke to his daughter.

Sources say the nurse had called the house officer to suggest a change in prescription because what the latter prescribed was unavailable at the pharmacy.

According to the Medical Superintendent, Dr. Hussein, the house officer took offence at how the nurse spoke with her.

Dr. Hussein said, the house officer happened to have been in the company of her father when she spoke with the nurse on phone.

Mr. Opoku-Mensah who had apparently overheard the conversation was infuriated by the tone the nurse used with his daughter and thus followed his daughter to the hospital to confront the nurse on her behalf.

In an audio recording that has gone viral, Mr. Opoku-Mensah said, “you are very frustrated…Who born dog?…you envy her, you don’t respect. Are you a doctor? Who are you? Are you mad? Is the hospital yours? Stupid idiot.. that your useless nursing that you do, useless woman… Do you know who I am? I am the Regional Director of National Service Scheme. Some of you are under me.”

Mr. Opoku-Mensah has since been suspended by the National Service Secretariat.

He has, however, rendered an unqualified apology for his actions noting that “that is not my style.”