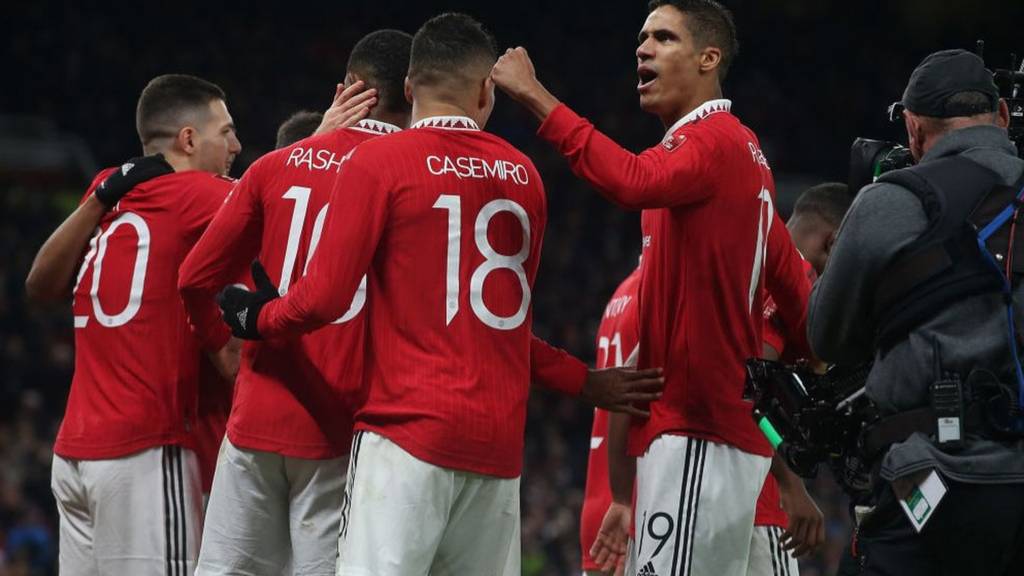 Everton were applauded off by their travelling support for showing admirable character, after their side suffered the shock of going behind after just three minutes when Antony turned home Rashford’s far-post cross but had the character to fight back.

Conor Coady rammed home a 13th-minute equaliser when David de Gea calamitously allowed Neal Maupay’s apparently harmless cross to roll though his legs as he appeared to think it was about to hit the outside of his post.

Even after Alex Iwobi was stretchered off in obvious pain after he suffered an ankle injury in a tackle with Tyrell Malacia, Lampard’s players continued to battle hard.

But once some brilliant approach play from Rashford had deceived Coady into turning the forward’s cross into his own net, the visitors’ character alone was not enough.

And after Dominic Calvert-Lewin had a goal ruled out for offside, man-of-the-match Rashford kept his nerve to beat England international team-mate Jordan Pickford from the spot deep into injury time to score for the fifth successive game for the first time in his club career.

There was an irony in De Gea making such a huge blunder on the same day as United confirmed one-time England keeper Jack Butland had joined them on loan.

In the build-up to the game, Ten Hag had taken the unusual step of talking about Butland before his loan from Crystal Palace until the end of the season had been completed. In doing so, the United boss said more than once it was clear De Gea was his first choice.

The goal was bad enough but De Gea, whose form this season has generally been excellent, almost gifted Everton a second equaliser deep into the second half when he dithered over a clearance outside his area and was fortunate Calvert-Lewin didn’t seize the opportunity.

The former Spain keeper is still in negotiations over an extension to his contract, which expires in the summer. Mistakes like those in this game will strengthen United’s position in believing he is not worth his current £375,000-a-week, although the belief is that a compromise position will eventually be reached.

In contrast, Rashford is in just the right form to think United’s hierarchy will want him to stay far longer than the end of next season, which his present deal has been extended until.

In addition to his goal and two assists, Rashford brought a superb fingertip save out of Pickford and provided by far the most potent attacking threat in a team that didn’t always hit the heights.

However, with 10 wins out of 11 in all competitions, United are in good heart before a week that includes an EFL Cup quarter-final with League One Charlton before they entertain Manchester City on 14 January.