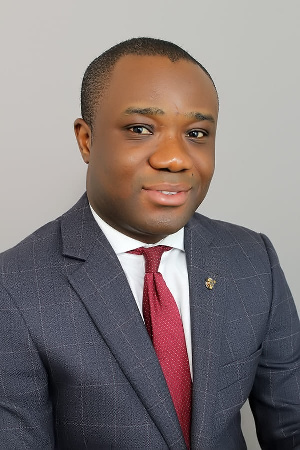 *At Akufo-Addo over economy

This comes on the back of recent comments by President Akufo-Addo describing Mr. Mahama’s time in office as an unmitigated disaster, adding that his economic track record, from 2013 to 2016, was abysmal.

But in a response on Citi News  which was monitored by Today  Mr. Kwakye, who is also a former Deputy Minister of Communications, said the President and the New Patriotic Party (NPP) for that matter should rather be blamed for Ghana’s economic retrogression.

He explained that during the tenure of the NDC and John Mahama, Ghana witnessed economic growth coupled with manageable debt levels. Mr. Kwakye said the President has no moral right to boast of better economic management.

“Even when the President’s horrible management of the economy is exposing him, he will not listen. This is a man who doesn’t pay attention to details. The President is always talking about COVID-19 as an excuse to squander money given him. He has a huge debt to cover, and he doesn’t have money to pay his debts. He doesn’t have anything else to run this country.”

According to President Akufo-Addo, under the tenure of office of John Mahama, the economic growth rate in 2016 stood at 3.4%, the lowest in two decades; with all other macroeconomic indicators pointing in the wrong direction.

The President stated that “I wonder whether this statement was made tongue in cheek by the former president. When you look at the record that this political leader, who can accuse my government of mismanagement, there are a few facts that when you put on the table to compare his performance and mine, it would tell you whether what I am offering the people is economic mismanagement.”

He continued, “I wonder what words should we describe his (Mahama) stewardship of Ghana. It is an unmitigated disaster, that’s what I would call him.”

But Mr. Ofosu disagrees, explaining that Akufo-Addo’s handling of the economy is rather the poorest in the country, at least in the last four decades.

“I don’t know where he gets the courage from to say that John Mahama cannot speak about the economy. This catastrophic management he has superintended cannot be the reason why President Mahama cannot speak about the economy. The economy Mr. Mahama left is much better than what we have now. This is the worst economic management we have had in the last 40 years, and it cannot be disputed”, he stated.