Let us not give up on corruption fight 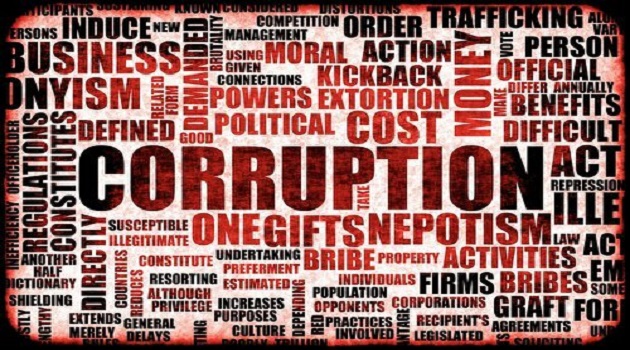 DISHONEST and illegal acts by which people abuse public office for private gain have been the bane in many countries.

IN  the so-called developing world, bribery, misuse of public funds, and nepotism by people in positions of trust have deprived countries of projects that would have brought great relief to the majority of their people.

THAT  development has assumed very alarming proportions in Africa in recent times.

WE have had our fair share of corruption as a country.  Instances of corruption are too many to recount here. Indeed, in spite of the fact that Ghana has many anti-corruption institutions, corruption still abounds.

CORRUPTION comes at a cost to all and, therefore, it should be everyone’s concern since it has many implications for every single individual in the country.

IT discourages businesses from operating properly, thereby reducing the overall wealth in the country. It also reduces the amount of money available to pay workers and lowers the government’s capacity to provide social amenities.

SADLY, corruption has permeated every fabric of society to become an accepted norm of everyday life in Ghana.

WHICHEVER way one sees it, something drastic must be done to serve as a deterrent to all who may be involved in practices that turn the clock of progress backward.

IN the past, governments gave such assurances without doing much about the situation.

AS a nation, we need to strengthen our anti-corruption institutions to enable them to function effectively to prevent our country from being tagged as a corrupt nation.

WE hope that the Freedom of Information Bill will be passed sooner than later to enable the media to have easy access to information that can be put in the public domain to serve as a warning to those who have tendencies to be corrupt to stay away from such practice.