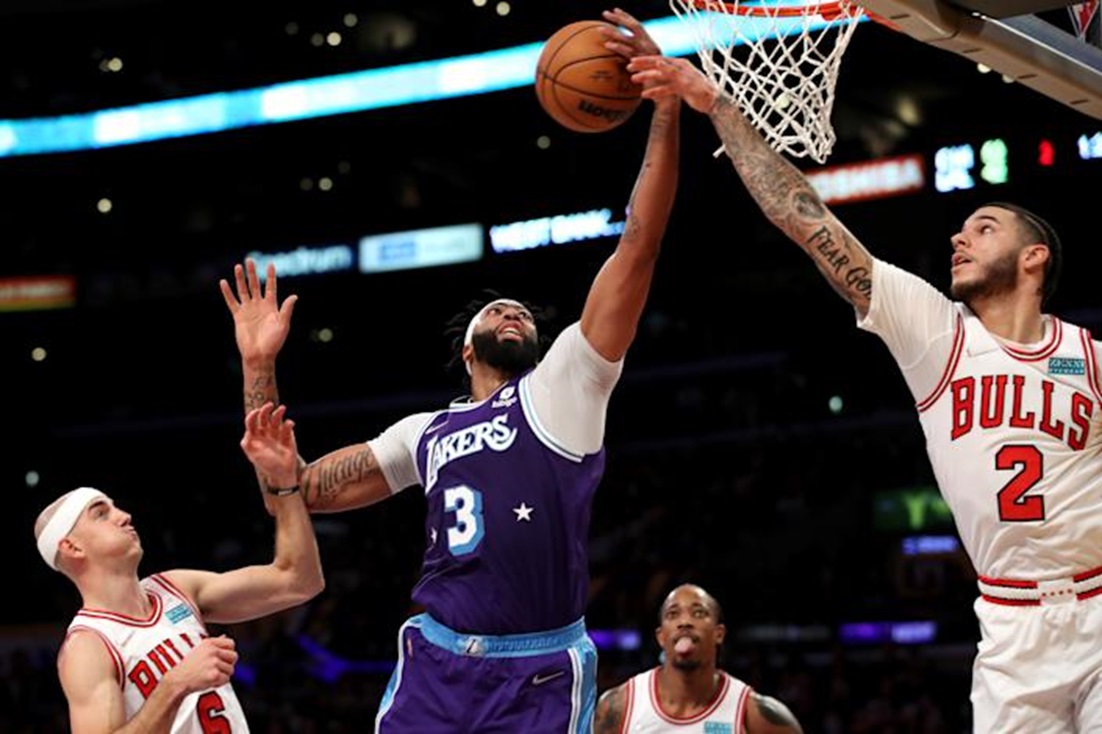 *After losing shoe in loss to Bulls

Anthony Davis was ejected early on Monday night, all because he couldn’t get his shoe back on in time.

Davis, in the third quarter of the Los Angeles Lakers’ 121-103 loss to the Chicago Bulls at the Staples Center, lost his shoe after trying to make a move to the rim — which sent him to the ground out of bounds under the backboard.

As he started to get back up and put his shoe back on, however, referee Scott Wall gave the ball to the Bulls, who inbounded it and started back the other way.

That didn’t sit well with Davis, who felt he should’ve been given more time to put his shoe on. He started yelling at Wall and was almost immediately ejected from the contest.

LeBron James, who has been sidelined due to an abdominal injury, walked onto the court to try and calm down Davis and speak to Wall before the two players walked off the court.

Davis finished his night with 20 points and six rebounds while shooting 6-of-9 from the field. It was just the second time in his career that he was ejected.

The Bulls, after a tight first half, erupted in the third quarter to take a 21-point lead. The Lakers, who went a brutal 6-of-32 from the 3-point line on the night, were simply too far out of it by that point and failed to make any significant dent in the lead. The Bulls cruised to the 18-point win, the fourth in their last five games.

Talen Horton-Tucker led the Lakers with a career-high 28 points while shooting 4-of-9 from behind the arc. Russell Westbrook added 25 points and eight assists in the loss.

DeMar DeRozan led the Bulls with 38 points while shooting 15-of-23 from the field. Lonzo Ball put up a season-high 27 points with seven 3-pointers against his former team, and Zach LaVine finished with 26 points and six 3-pointers. The Bulls, who beat the Clippers on Sunday night, pulled off the back-to-back wins against Los Angeles teams on the road for the first time since 1984.