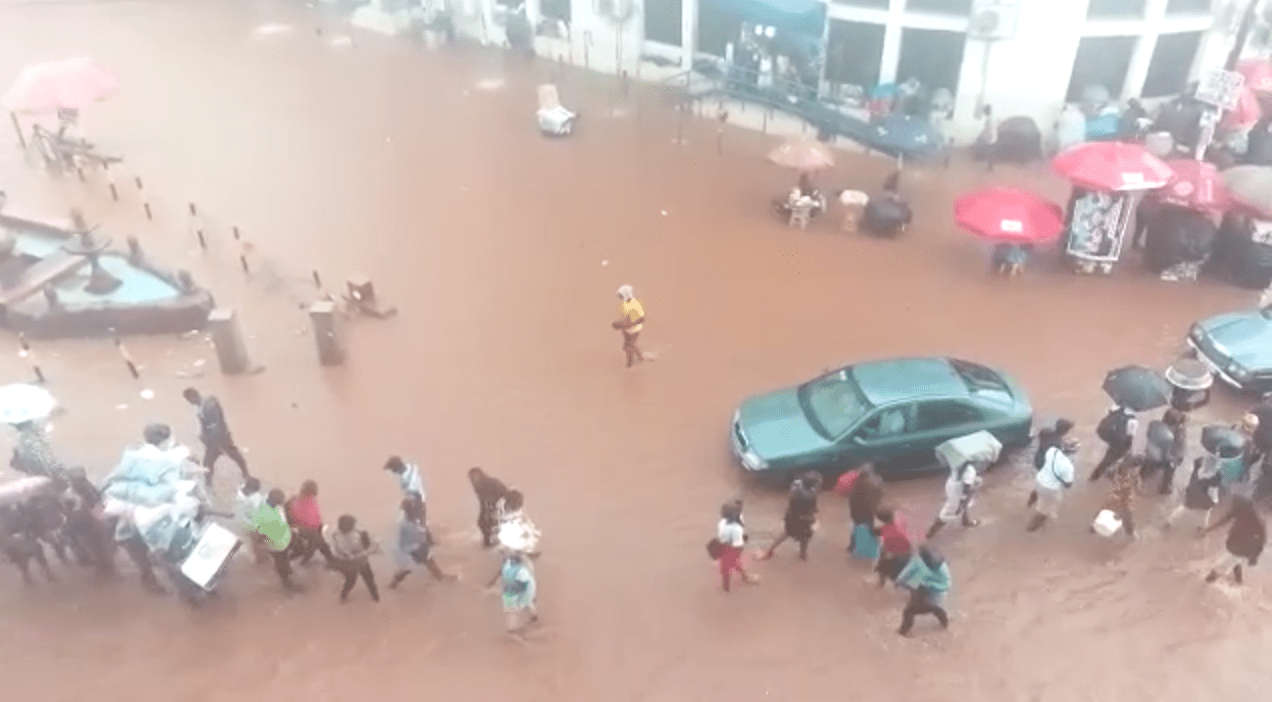 Major parts of the Kumasi Metropolis on Monday, August 30, 2021 were flooded after torrential rains in the Ashanti Regional capital.

The downpour lasted for about three hours. The areas that got flooded included Adum, Kejetia, Atonsu-Ahinsan, Santasi TUC, among others.

Some residents in Kumasi described the development as worrying.

Frustrated residents are thus calling on city authorities to develop a strategic plan to address issues related to flooding within the metropolis.

“It is very worrying considering that anytime there is rainfall, even when it is not a heavy rainfall, you get all these places flooded,” one resident said.

This resident blamed the flooding on poor drainage system in the area.

“The drainage system which was created when the roads were done is currently not up to standard and not up to the kind of [run-off water] that passes here,” he said.

Another resident expressed concern about the flooding situation around the central market.

This is not the first time Kumasi has flooded this year.

In June 2021 hundreds of residents were in Kumasi while three others died after hours of downpour.