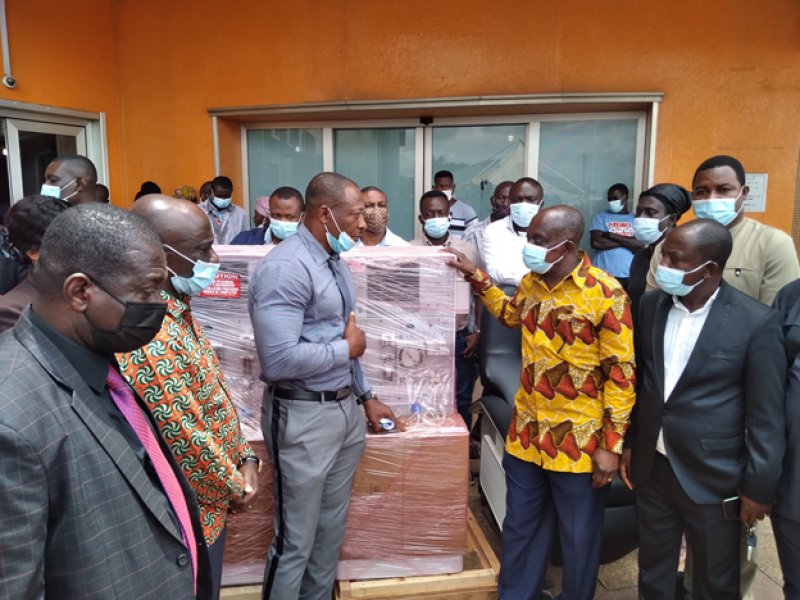 Construction work is currently ongoing for the expansion of the dialysis Centre at the Komfo Anokye Teaching Hospital (KATH) to accommodate more kidney patients at the second largest referral facility in the country.

The completion of the project is expected to increase the capacity of the centre from six dialysis machines to 22.

Dr. Oheneba Owusu-Danso, the Chief Executive of KATH who disclosed this, said steps were also underway to establish another dialysis centre at the Intensive Care Unit (ICU) to cater for patients brought to the hospital under emergency.

He was addressing the media after receiving two dialysis machines and 10 dialysis chairs donated to the hospital by Sankofa Medical Charities, a US based not- for-profit organisation.

The donation of the medical equipment worth US$60,000 was to support the hospital in the provision of dialysis services to the increasing number of kidney patients.

Dr. Owusu-Danso said the donation was timely because the facility was outstretched as far as dialysis services were concerned, adding that it was receiving cases from 13 out of the 16 regions in Ghana.

He said the two machines would be used to operationalise the dialysis centre at the ICU and that the hospital had already tendered for more dialysis machines ahead of the completion of the expansion work.

“Let me promise, on behalf of management, that we will take good care of the machines in terms of maintenance and make sure that the machines are well maintained, ” he assured the donors.

Dr. Majeed Adams, Secretary of Sankofa Medical Charities said Kumasi was a hub in terms of emergencies for kidney cases, hence the need to support KATH to take care of the numerous cases referred to the facility.

He said considering the huge population that KATH was serving, it was imperative to support the hospital and pledged the commitment of the organisation to provide more support to the hospital.

Mr. Simon Osei Mensah, the Ashanti Regional Minister, applauded the donors for the intervention and called for more of such support to complement efforts of the government to provide quality healthcare to the citizenry.