Kanye West sets himself on fire at album listening 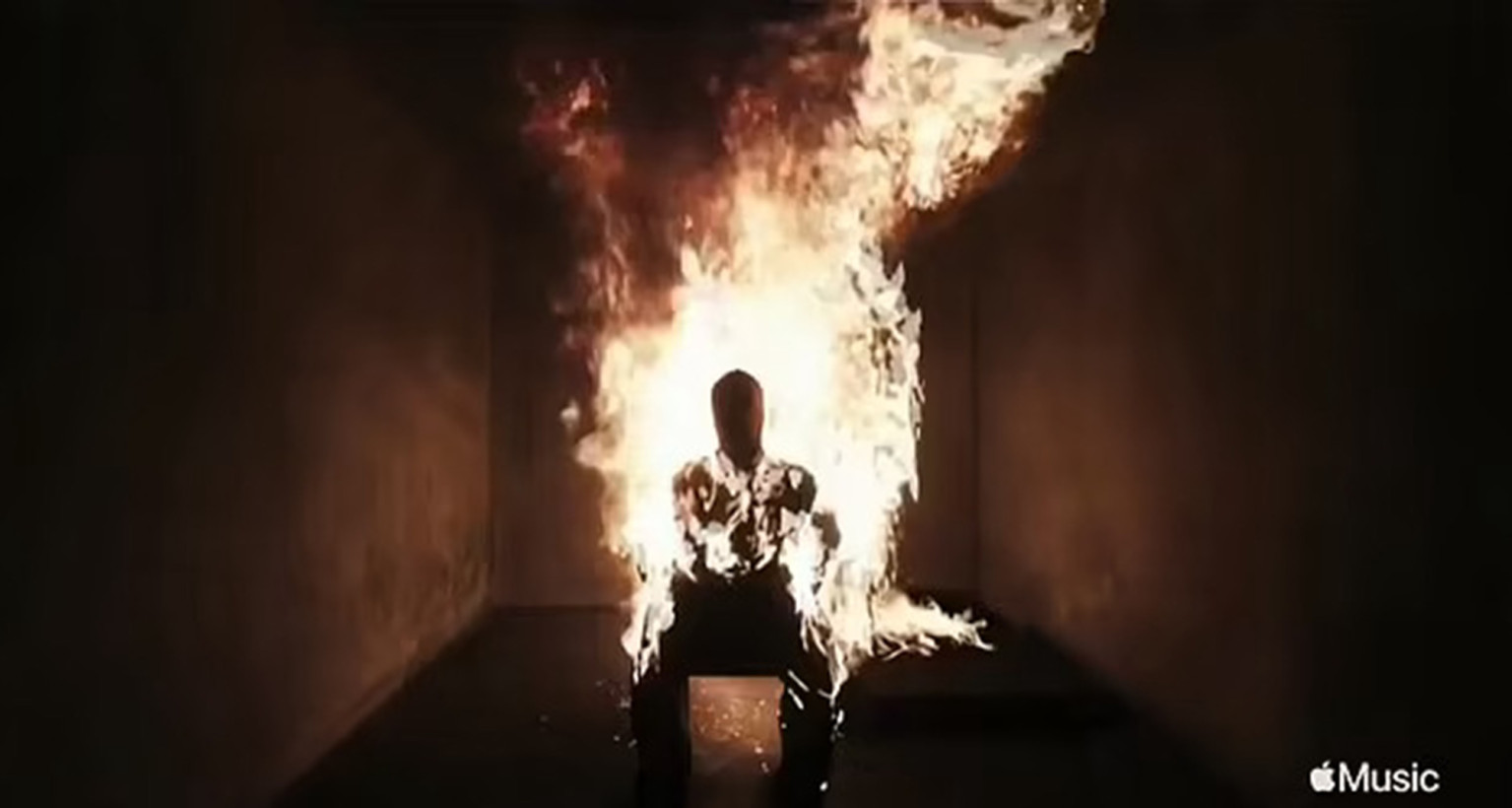 Kanye West wowed fans at a listening party for his upcoming album, as the rapper appeared to set himself completely on fire during his latest performance.

His estranged wife, Kim Kardashian also joined the award-winning rapper on stage, she wore what appeared to be a wedding dress and veil as she reunited with the father of her four children at the Soldier Field in Chicago.

Jaws dropped on Thursday night when the 44-year-old rapper set himself ablaze towards the end of his latest event to promote his yet-to-be-released 10th studio album named after his mother, Donda West.

Sitting within a replica of his childhood home, the Jesus Walks rapper was consumed by flames as an inferno began around him, with a surprised audience looking on in awe according to Daily Mirror.

The Grammy Award winner then calmly stepped outside of the make-shift house as the fire continued, adorned in protective gear.

As the dad-of-four made his way across the stage, workers equipped with fire extinguishers rushed to his aide and put out the flames covering his body.

Kanye’s show with fire wasn’t the only shocking event to happen on the stage of his latest listening party. The rapper reunited with soon-to-be ex-wife Kim as he performed tracks from his highly anticipated new release, Donda.

The reality TV star surprised the audience as she joined her one-time partner outside the mock-up of his childhood home dressed in a white wedding dress.

In confusing scenes, Kim Kardashian and Kanye West re-created their 2014 nuptials as she appeared during the final song of the night, No Child Left Behind, sporting a stunning Balenciaga Couture dress.

While many would take this as a sign the former couple has reunited, sources have revealed that the pair are not back together and still going ahead with their pending divorce.

Kanye also shared the stage with controversial musician DaBaby – after the song by Kanye’s friend and long-time collaborator Jay Z was removed from the album due to some clash between them.

On the stage on Thursday night, DaBaby seemed to address the controversy, rapping: “I said one thing they ain’t like and they threw me out like garbage.”

Many of Kanye’s fans are waiting for his album release.