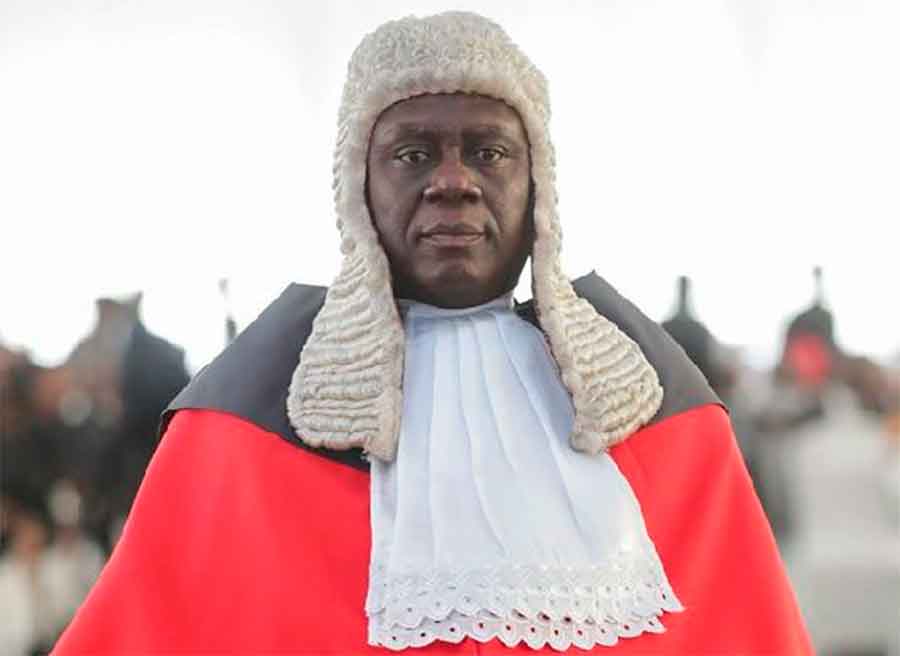 President of the Association of Judges and Magistrates, Court of Appeals judge Justice Senyo Dzamefe, has expressed his displeasure at the new residential facilities given to judges.

He noted that  their new facilities have structural defects .

The judges were relocated to the Cantonments facilities following  the demolition of their bungalows at Ridge.

According to him, although the houses located at Cantonments seem nice on the outside they are on the flight path of planes from the Kotoka International Airport.

Their biggest worry, he said, was  the force with which the heavy planes take off directly, a situation he said affects the houses.

Justice Dzamefe made these disclosures at the 40th general meeting of the Association on Wednesday, September 29, 2019.

“Aside from the terrible noise created by the planes, the doors and other items (in the house) shake when the heavy planes fly over. In fact, two days ago one of my flower vases got broken because my house is the first so I experience the heaviest noise. Surprisingly the contractor negligently failed to fix double glazed windows to curtail the noise.”

Government properties including the residential accommodation for Appeals court justices were pulled down to make way for the construction of a national cathedral.

Justice Dzamefe said 21 justices of the Supreme and Court of Appeals have since occupied the townhouses.

He said that despite the fact that almost all houses at Cantonments seem to have double glazed windows to help deal with the noise from planes, these homes built for judges seemed lacking.

He, therefore, called on management “to save the lives of the occupants as well as the lifespan of the buildings.”